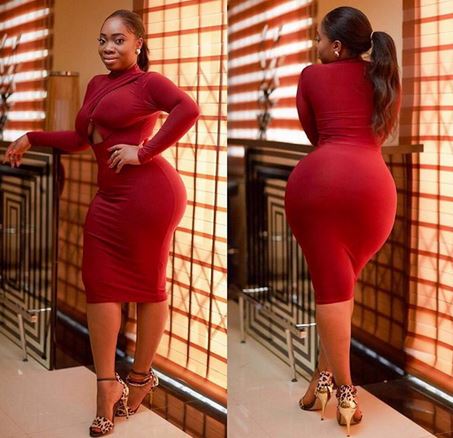 According to the actress, who is known to be among the well-endowed celebrities in the country, in an interview with Akumaa Mama Zimbi on Adom TV, she is not going to leave her husband just because he cheated on her.
The actress then went further to reveal that she believes that men will always cheat because it is their nature; as a result she will not leave her boyfriend or marriage because he cheated, cause even Kim Kardashian or Beyonce will be cheated on by their partners. According to her, the most important thing is for her husband to take care of her and the children. However, she stated that the only way she will leave is when the husband disrespects her.

Monarch Weeps Openly As Town Is Submerged By Flood.