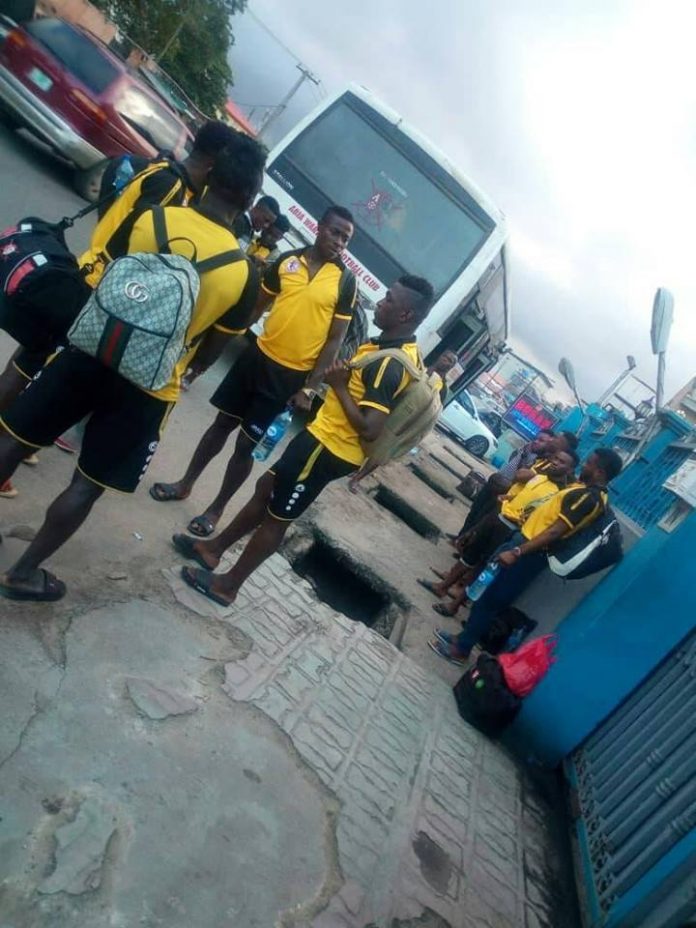 Players of the Abia Warriors football club of Umuahia, Abia state, have arrived Lagos for their Aiteo Cup round of 16 games against fellow Nigerian Professional Football League NPFL sides, Kano Pillars, Kwara United and Rivers Utd scheduled for the Soccer Temple, the Agege Stadium next week.

According to multiple media reports, the football players encountered an armed robbery attack today at about 2:45 pm, while they were travelling to Lagos for their Aiteo Cup round of 16 games.

The team reportedly ran into a group of armed robbers operating along the Lagos-Ibadan express way but they narrowly escaped .

It was also reported that some players out of fear during the robbery – attempted to jump down from the vehicle as they sustained injuries and were treated by the medics.

The players have now arrived Lagos state ahead of the football competition.