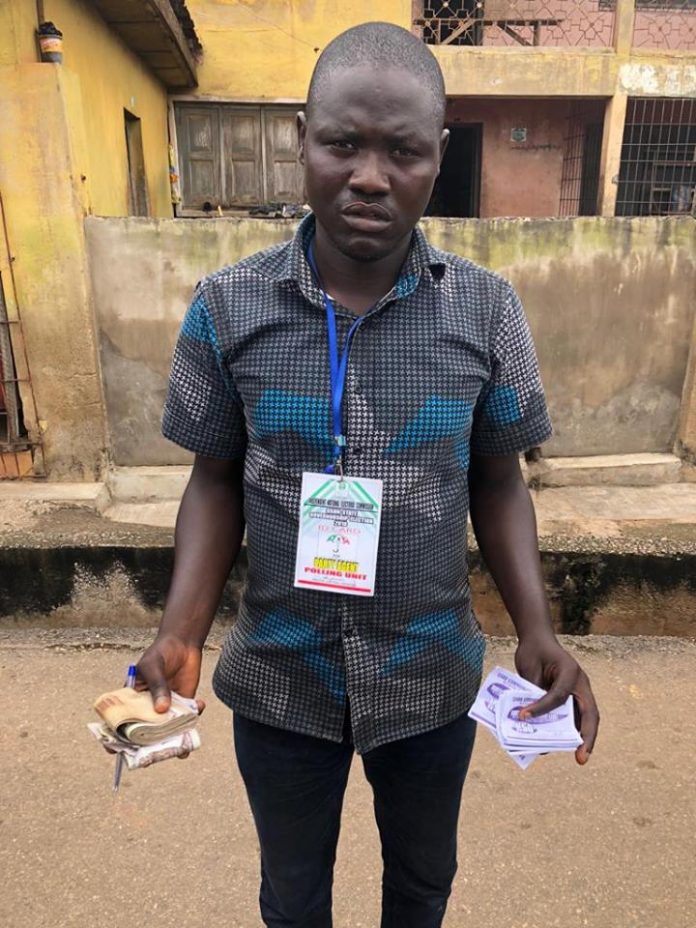 A Peoples Democratic Party agent has been arrested by security operatives for allegedly attempting to buy votes in the ongoing Osun State governorship election.

According to reports, the agent had attempted to distribute money to voters at the Obada area of Ede in Ede Local Government Area.

The Punch reports that the PDP candidate, Ademola Adeleke, is from Ede town.

Adeleke is contesting the seat currently occupied by Governor Rauf Aregbesola alongside the All Progressives Congress’ candidate, Isiaka Oyetola; Iyiola Omisore of the Social Democratic Party, Fatai Akinbade of the African Democratic Congress, and Adeoti Moshood of Action Democratic Party.

In an interview after he voted, the 58-year-old said he was optimistic of victory in the poll.