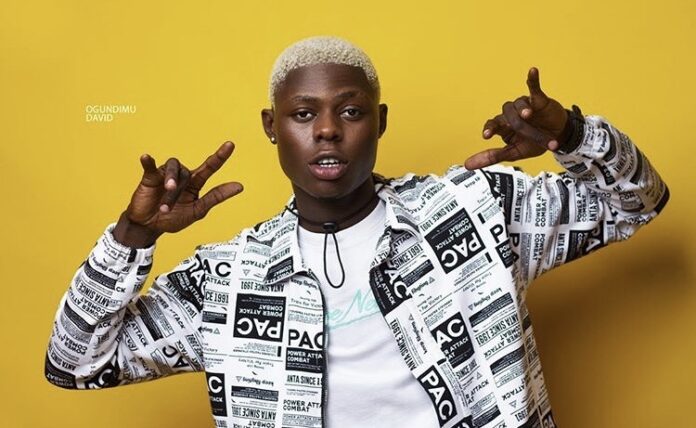 Ilerioluwa Oladimeji Aloba who is professionally known as Mohbad is a Nigerian singer, songwriter, and rapper. He was born on the 8th of June, 1996, and hails from Lagos State, Nigeria.

Mohbad was born and raised in Lagos where he completed his primary and secondary education. Right from a young age, he wanted to become a singer but in 2016 he started music professionally.

He started sampling his talent on Instagram by sharing top-notch freestyle videos online. He made covers of songs like Kizz Daniel ‘Fvck You‘, ‘Who Dey’ and many others. He eventually started gaining traction and slowly building a fanbase for himself up until December 31, 2019, when Naira Marley signed him to Marlian Music alongside Zinoleesky, C Blvck, and Fabian and he is still under the label to this day.

He got his biggest hit record in December 2020 on the record “KPK (Ko Por Ke) where he was featured by the award-winning music producer, Rexxie. On the 18th of December 2020, he released his debut music project, Light (EP). He continued his shine in 2021 where he got a hit record with his song “Feel Good”.

The singer cried out to his fans after being stuck at Cyprus Airport Prison.

“I’ve been stuck at the Cyprus Airport Prison at the Early hours of today November 6, 2021,”Mohbad stated on Instagram.

He added that “The show promoter fucked me up.”

Cardi B calls Nicki Minaj a ‘Thot’ that sleeps with everybody