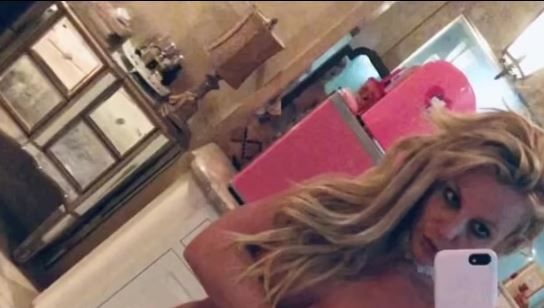 Britney Spears has posted a full-frontal naked selfie to her Instagram, declaring in the caption: ‘Free woman energy has never felt better.’

The 40-year-old pop star shared the image – that shows her taking a photo while posing in the mirror of her glamorous walk-in closet – to her more than 38 million Instagram followers on Thursday. 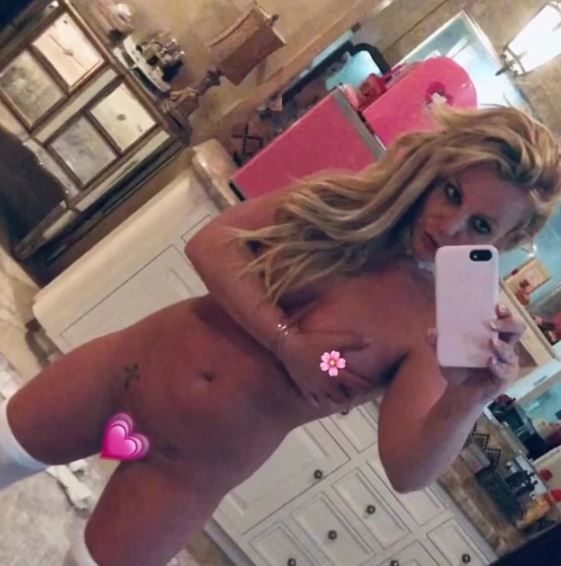 In it, the singer can be seen wearing just a white lace choker around her neck, and matching thigh-high stockings without anything else on.

To cover her modesty and abide by Instagram’s community guidelines, Britney used a pink flower and pink heart emoji to obscure parts of her completely nude body.

But while fans had previously expressed their concern on past images, Britney has now begun to disable the comments on her Instagram posts, meaning users are unable to share their thoughts underneath the uploads.

However, the post certainly caused a stir and was immediately shared by rapper The Game – real name Jayceon Terrell Taylor.

Jayceon, 42, posted the same image to his 12.1 million followers with the caption: ‘Free da gang.’

The Toxic singer’s social media content has become increasingly more daring since a judge terminated her 13-year-long conservatorship last year, that had seen her life be micro-managed by father Jamie Spears.

In August last year, Britney sparked concern as she posted a topless shot the same week she was accused of striking her housekeeper (an accusation that was denied and the charge later dismissed.)

Britney has been exercising her freedom in public life and on social media ever since her well-documented conservatorship came to an end, allowing her to live more freely.

D’Banj Shares Breakfast Photo Plus Others With Singer Labrinth & Newcastle’s...