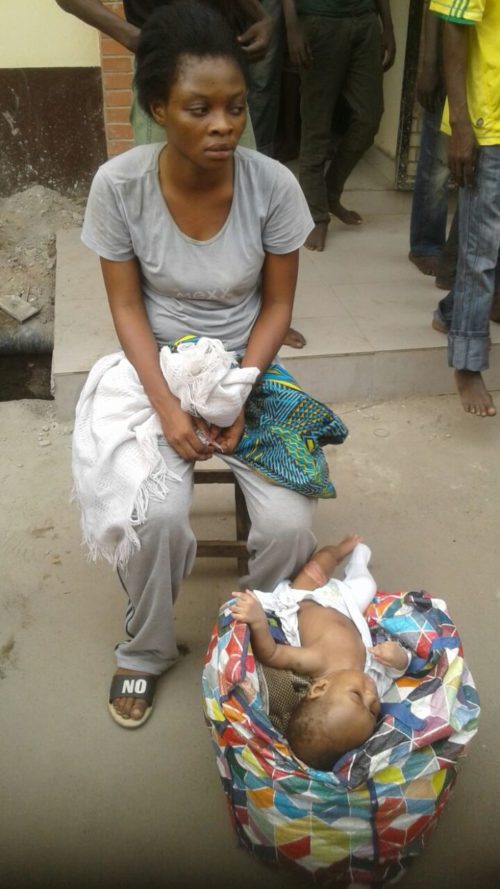 An 18 year old mom has explained why she dumped her four-month old baby boy under Oshodi bridge, Lagos. The unclad baby who was packed inside a bag, was rescued by operatives of the Lagos State Task Force while his 18-year old mother, Timilehin Adeshina, was arrested. According to her she dropped out of school because of poverty while in JSS II at Lovely School, Ejigbo, Lagos.

“My mother sent me out because I could not identify the man who impregnated me. I had sex with different men,” she said.

The Ogun State indigene who lost her father nine years ago, added that different men still pay to have sex with her while sleeping on the streets. She has since been transferred to the Social Welfare Department of the Lagos State Ministry of Youths and Social Development.

Check Out The Obama's New Home