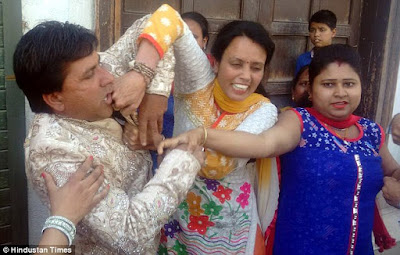 Daily Mail reports that Vishal Kumar Sonu, a 42-year-old Indian groom was beaten up by his first wife after she barged into his wedding with another woman claiming they were not divorced. He was punched in the face in the street outside the wedding venue by a woman claiming to be the mother of his 13-year-old son in a scene likened to a Bollywood movie. See more photos below 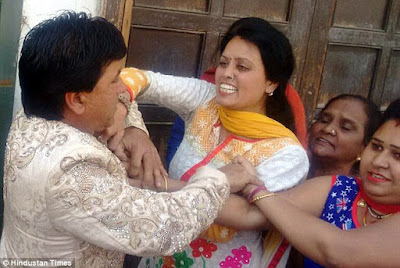 The woman, identified as Rakhi, said the man could not marry the woman 18 years his junior because they were still legally married after tying the knot 14 years ago. Dressed in his traditional wedding day shervani, Sonu was with guests at a restaurant when Rakhi barged in. As she argued with him, the groom said he did not know her, which prompted the angry woman and her family to start assaulting him. 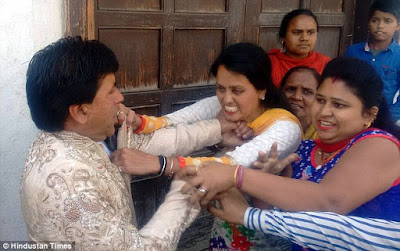 He said that he had divorced his first wife and that he had the papers to prove it, but as he tried to run away, the relatives chased him and the bride. The altercation got so bad the restaurant owner decided to evacuate the building and police were eventually called who took both parties to the Sarabha Nagar station in Ludhiana. 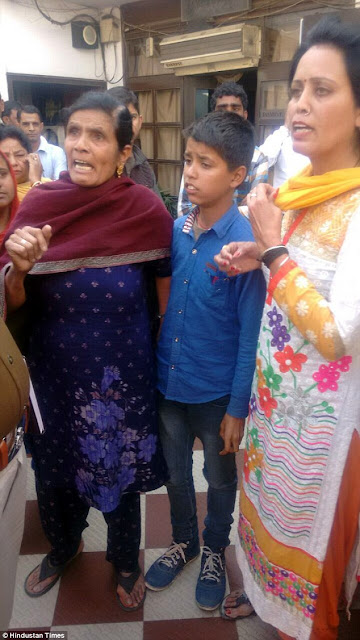 Rakhi’s brother Pawan Kumar said his sister had been married to the groom for 14 years and they had a teenage son together. Their relationship had become strained and Rakhi moved in with her parents. 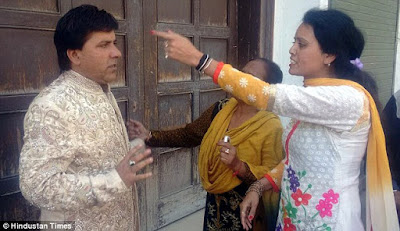 Kumar also accused Sonu of being unemployed and physically abusing his sister over money. He told the Hindustan Times:

‘We took Rakhi back to our home and set a condition before Sonu that they will send her back only after he will start earning.

‘Sonu agreed to this and used to visit Rakhi often.

‘We never expected that he will solemnise a second marriage.
‘We came to know about his marriage two days ago, when someone showed us the wedding invitation.’ 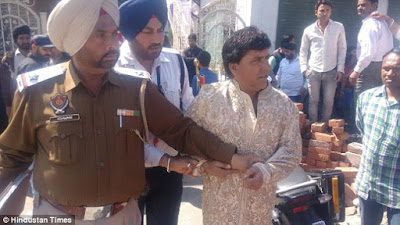 A report has been filed and the court will decide if further action needs to be taken after Sonu said he had been married for seven years before divorcing her. He claims to have the documents to prove it. Adding to the confusion of the day is the fact the restaurant had been booked for a birthday party, while a photographer at the event told police he was there to shoot a wedding.