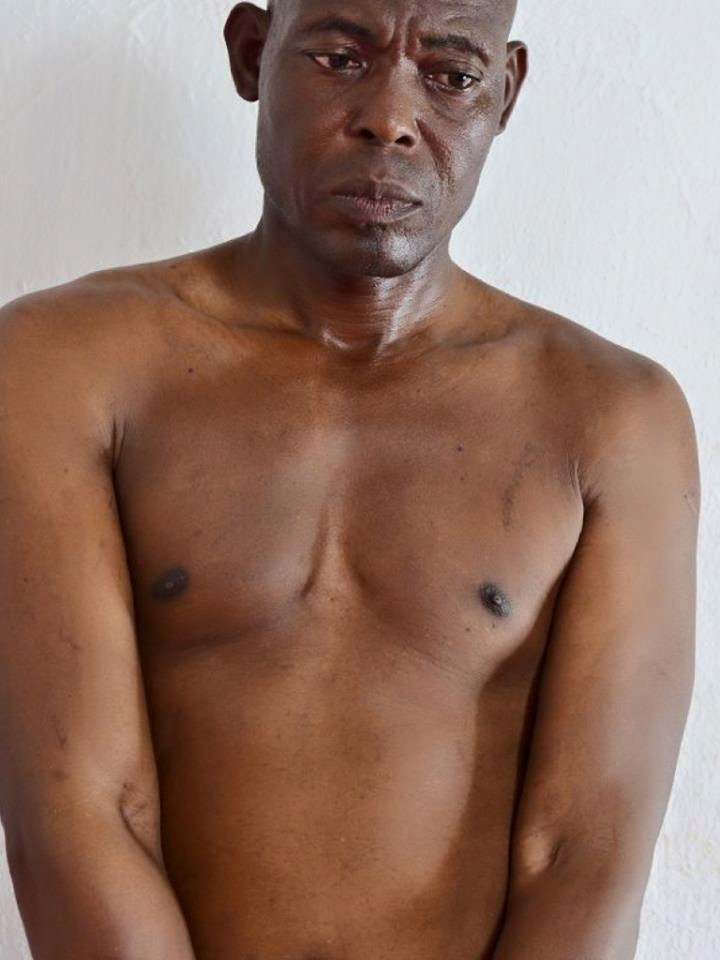 A rogue police squad in Edo State serially brutalised a Professor of Law in Ambrose Alli University with cutlasses, hammers and teargas for daring to ask questions

When the Dean, Department of Law, Ambrose Alli University, Ekpoma, Professor Sunday Edeko woke up in the morning of March 13, he did not envisage he would be serially brutalised for over six hours like a common criminal and would end up in hospital bed to treat the wounds and pain that came with such brutality.

He had left the house that morning like every other civil servant, when he saw a young boy he identified as a relation of the former Speaker, Edo State House of Assembly, Thomas Okosun, in a parked police van, which made him slow down and asked the boy what he was doing in the van. 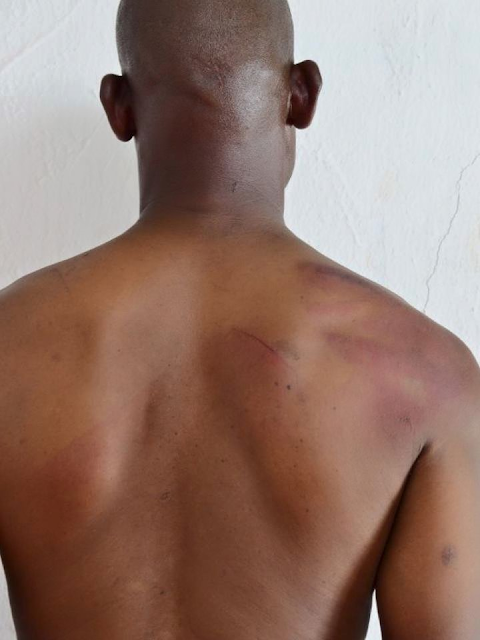 Little did the Professor of Law know that his decision to ask the boy question at all, would be all that the rogue police squad, needed to use cutlasses, hammers, teargas, their boots, blows and slaps on him, claiming they were directly from the Commissioner of Police, Mr. Haliru Ugwandu’s office and acting on his command.

Narrating his ordeal to THISDAY, Edeko said on that particular day, when he slowed down to ask the boy what was the issue that he was put in the van, before the boy could reply, an armed man who was not on police uniform told him to get away.

“Without even giving me time to move or offer an explanation, he used a hammer to hit my right hand. That was their first assault against me. I was surprised why a trained police officer would descend to such level of brutality against an unarmed and peaceful individual. I managed to park the car some metres away and alighted from the car. At that point, about five armed men who were not in police uniform advanced towards me.
“I clearly introduced myself as Prof. Sunday Edeko, the Dean of Faculty of Law, AAU, Ekpoma. All my attempts to explain that I am a law-abiding community leader fell on deaf ears. They started the second stage of their assault on me. They descended on me with hammers, cutlasses, tear gas, hand and foot. They brutalised me and inflicted injuries on my back, hand and leg.”

He said as soon as he left the scene of the unprovoked attack, he drove straight to the police station to report the matter, where a police officer was released to accompany him to the scene. 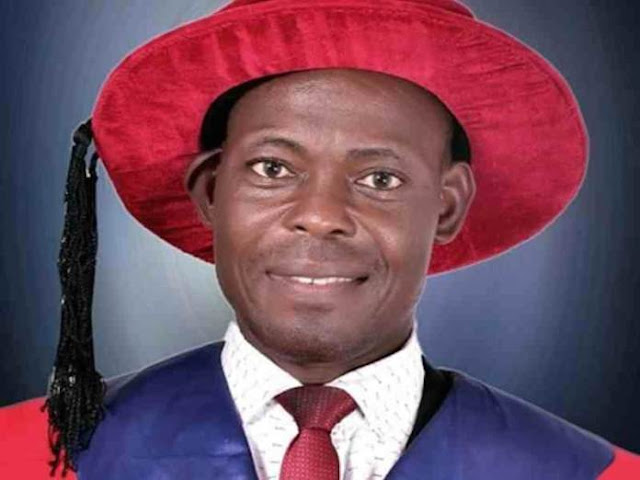 “When we arrived there, the attackers had gone. We went back to the police station and I sighted the men who brutalised me in the special anti-cult unit office. I then drew the attention of my police companion to them. They chased the police officer away and descended on me with a higher level of brutality. They said they were different from the “useless police officers in Ekpoma, and were only answerable to the Commissioner of Police, Edo State, Mr. Haliru Ugwandu.
“They fell me, kicked me around the floor in an atmosphere in which they used tear gas on my eyes, slapped me with cutlasses very many times that I could not count. That was the third stage of their assault. When my wife came, they threatened to arrest and charge her with armed robbery, kidnapping and cultism, the crimes they accused me of,” he said.

According to him, their fourth stage of brutality started when they gave him a pen and paper to write a statement. He said they compelled him to write even though he was in pains.

He said when the men could not lay hold on a crime against him, they then started accusing him of cultism, which him personally has always been against. Adding that throughout the period they detained and tortured him, which was between 9:30a.m. to 3p.m., he made uncountable number of appeals to them that he was a responsible Professor and Dean of the Faculty of Law.

“The more I introduced myself, the more they got infuriated.
“They then later accused me of an attempt to go and buy Indian hemp from a woman they also arrested. It was even in the police station that I met the woman for the first time as I never knew her before then. I have never smoked Indian hemp and I hope they will agree for all of us to do examination to know who will test positive of Indian hemp consumption.

“I never obstructed them since all I asked one of the boys after they were already arrested was a simple “what happened?” I have never insulted the police. In fact, I collaborated with them in the past to play a better role in law enforcement. Even after they brutalised me in town, I went to the police station because of the confidence I have in the police. Only a fool will obstruct and insult the police and still go to the police station to seek their protection. I am not a fool. Moreover, an unarmed civilian of my status has no capacity whatsoever to obstruct close to a dozen police officers who were fully armed and who effected arrest already.
“Whenever I failed to write the exact thing they told me to write so as to incriminate myself, the more they slapped me with hand and cutlasses and sprayed teargas on my face. They only stopped beating me after they used their torture cutlass to cut the shoulder of one of the suspects. I have been able to identify the boy they cut on the shoulder through the same hospital we went for treatment. About 12 of us were in their torture office. They detained me behind the counter for about two hours before I was released with the intervention of the Onoje of Ekpoma and the Divisional Police Officer. I immediately proceeded to the General Hospital Ekpoma for medical attention.”The highly respected professor in the academic community said as though their brutality was not enough, they compelled him to write an apology letter over an incident in which they brutalised and dehumanised him, hoping they could use that to cover their tracks when in fact it only aggravates their degree of impunity.

“They are the people who owe me apology and compensation. I never broke the law. They broke the law with the highest level of impunity and recklessness. I need to add that I am not the only person they have so brutalised as others are willing to step forward for their testimonies.
“Ekpoma is now in a state of fear. They attack people with impunity. They have broken up birthday parties in hotels. They raided Hisbanah Hotel near No 17 Eromon Street and arrested more than 50 boys and girls who were in a birthday party. The owner of the hotel, a former local government Head of Service called Mr. Cyril Abhulimen informed me. They equally used cutlasses and hammer to torture them.”

He said in a society where they arrest innocent people, it cannot be said that they are combating crimes at all, adding that Ekpoma has become a town under siege.

‘This is the right time to stop these men now. It is not just about me but about the people of Ekpoma. I just happen to be the first to openly complain. So many people have been brutalised. The day they arrested me there was no space in the cell to detain some of us because it was filled up. Those arrested hardly get charged to court. The woman they accused of selling Indian hemp was released without charge.

‘Their leader in the anti-cult office who joined other police officers to brutalise me is ASP Ojo. One of the attackers is Mr. Harrison whom I later learnt to be a native of Illeh. I was released when the Divisional Police Office (DPO) came and appealed to them. I was not taken on bail but simply released.”

He said while the Academic Staff Union of Universities and the Nigerian Bar Association have taken some steps over the matter, he has petitioned Zone 5 Police Headquarters and feels ashamed over what a section of the police has turned into in a society where stakeholders and respected citizens like him were advocating for a better society.

Edeko called on President Muhammadu Buhari, the Inspector General of Police, the Police Service Commission, and well meaning Nigerians to help him fight for justice and stop police brutality and the bad image of the police which the new Inspector General was trying to do.

I Will Remain Single, If Marriage Means Moving To The Mainland...