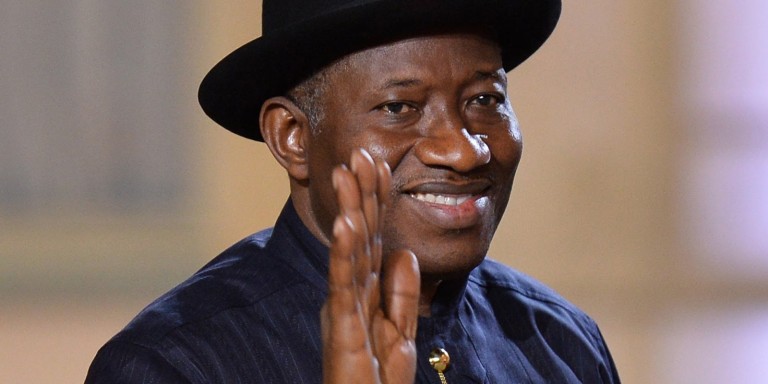 According to the Social Times, chilling details of how and why former President Goodluck Jonathan and the Peoples Democratic Party, PDP, lost the 2015 presidential election, have continued to make the headlines, courtesy of a book “Against the Run of play: How an incumbent President was defeated in Nigeria,” written by Segun Adeniyi, Chairman, ThisDay Board of Editors.

The latest being admittance for the first time by Jonathan that there was indeed a gentleman’s agreement that he was going to do just one term and leave, but had to change his mind because “… You can make a political promise and change your mind, so long as it is within the law.”

The book was formally presented to the public, in Lagos yesterday.

Although Jonathan had in the same book before giving himself away maintained that the statement he made in Addis Ababa concerning the fact that he agreed to the one term agreement was quoted out of context, he admitted some persons made the pledge on his behalf, thus making nonsense of his initial claims that he had no idea such a thing ever existed.

“I had made a proposition for a single term of seven years. That was the context in which I spoke in Addis Ababa that if the idea was accepted, I would not run again. It was not in the context of a second term of four years.

“Of course, at that period, the issue of one term was brought several times at different meetings and some people took it upon themselves to pledge on my behalf but I never said I was going to spend only one term… the question was always usually randomly asked and I never made any such commitment to anybody. ”

But former Niger State Governor, Babangida Aliyu, on his part said” As chairman of the Northern Governors Forum, I recall having to remind him of the commitment he made to us in 2010 before we supported his bid to contest. … In one of my meetings with him, I suggested he could even choose any credible PDP man he wanted from the north and such person did not have to be among the governors. One day, he would agree to the idea, another day, he would say something else, “ Aliyu, in the same book, was also quoted to have said.

When the book was launched on Friday March 28, 2017 at the Nigerian Institute of International Affairs (NIIA), the chairman of the occasion, General Abdulsalami Abubakar, however cautioned that it would be wrong to reduce the book to a narrative about the fall of President Goodluck Jonathan and the rise of President Buhari.

According to General Abubakar, Against The Run of Play “further deepened our understanding of what actually happened in Nigeria during the March 2015 general election which many believed, and quite right too, as one of the defining moments in our political history.”

Continuing, he said: “The book is not [about] the fall of one president and the rise of another, it is a typical journalistic history in a hurry about what happened, what could have happened and what is currently happening in our country, so that we can all learn important lessons.”

While giving kudos to the author, he challenged journalists to write more books about the different aspects of our national life, and not only on politics. “We need books to explain some of the issues that are treated perfunctorily and generate more heat than light, so we can understand ourselves better,” he charged. He specifically identified the subject matter of the Chibok girls and the Boko Haram insurgency as fertile grounds for such books.

The book was summed up by the reviewer, Dr. Okey Okechukwu, as “ the most useful contribution to our own understanding of the crises and convolution of the Nigerian state in the last 16 years.” Okechukwu called it one of the most contemporary works on political economy and power, especially, as it exists in the country.

The occasion was graced by dignitaries including former Secretary-General of the Commonwealth, Chief Emeka Anyaoku, former Minister of Communication and (later) Transportation, Chief Cornelius Adebayo, Senator Tunde Ogbeha and Mrs. Onari Duke, wife of former Cross River State governor, who all were on the high table.

The launch also attracted people from all walks of life, especially corporate figures, politicians and media bigwigs. Adeniyi’s two successors to the office of the President’s media advisers, Dr. Reuben Abati and Mr Femi Adesina both attended the launch.