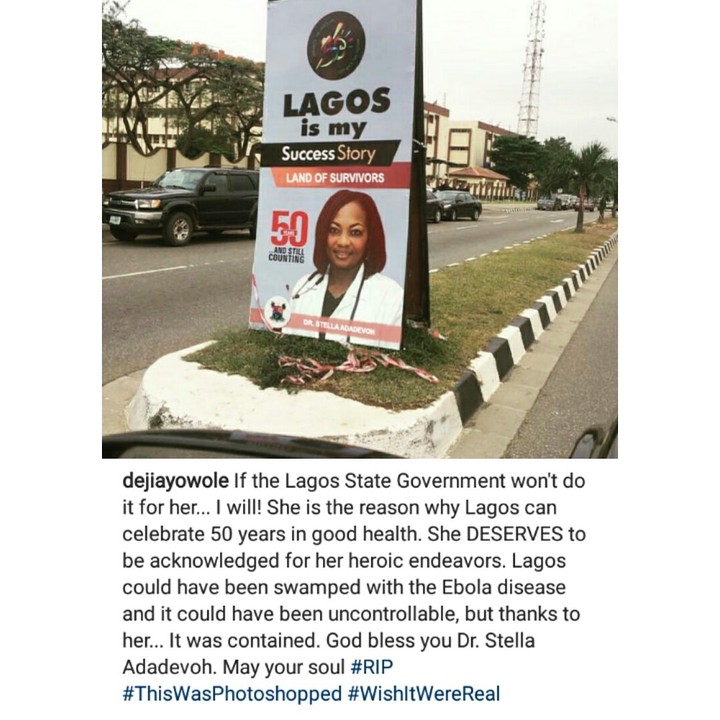 Ameyo Adadevoh (27 October 1956 – 19 August 2014) is credited with having curbed a wider spread of the Ebola virus in Nigeria by placing the patient, Patrick Sawyer , in quarantine despite pressures from the Liberian Government.  On 4 August 2014, it was confirmed that she had tested positive for Ebola virus disease and was being treated.
Adadevoh died in the afternoon of 19 August 2014. Adadevoh was survived by her husband Afolabi and son Bankole among other relatives.