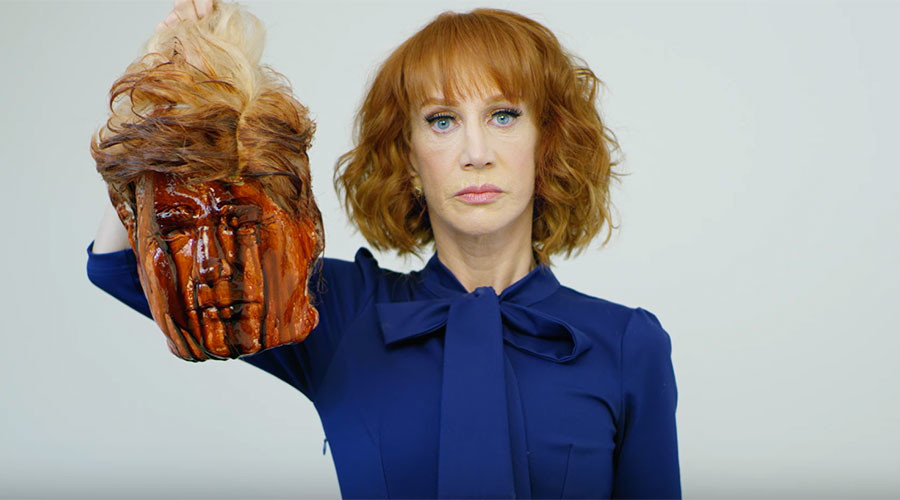 A US comedian has apologised for a photo shoot in which she appeared holding a fake bloodied head that resembled US President Donald Trump. In a video message posted on Twitter, Kathy Griffin “begged” for forgiveness and said she had “crossed a line”. She said she was asking celebrity photographer Tyler Shields to remove the photo from the internet.

“Disgusting but not surprising,” he tweeted. “This is the left today. They consider this acceptable.”

“It is never funny to joke about killing a president,” she tweeted.

“Our politics have become too base, too low, & too vulgar, but Kathy Griffin’s post descends into an even more repugnant & vile territory.”

The 56-year-old Emmy award-winning actress and comedian has been a staunch critic of President Trump. In her video apology, she said:

“I’m just now seeing the reaction of these images. I’m a comic, I crossed the line. I moved the line and then I crossed it. I went way too far.

“The image is too disturbing. I understand how it affects people. It wasn’t funny, I get it. I beg for your forgiveness.”