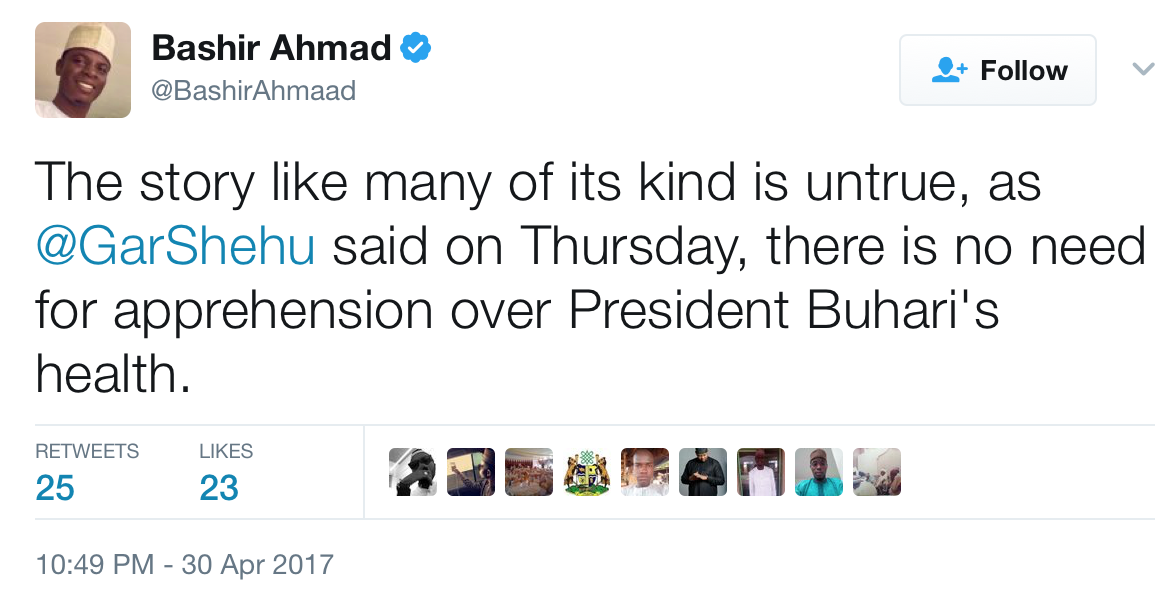 Three insiders in the Presidency had reportedly told SaharaReporters that although President Buhari’s health had held up for a while after his return from an extended medical vacation in the U.K, his condition has deteriorated in the last several weeks.They alleged Mr. Buhari’s eating and drinking problems have left him too frail to leave his official residence at Aso Rock Villa to attend any official functions.

Personal Assistant to President Buhari on New Media, Bashir Ahmed, said:The story like many of its kind is untrue, as @GarShehu said on Thursday, there is no need for apprehension over President Buhari’s health.

Unfortunately, Nigerians who reacted to Bashir’s statement on Twitter, do not believe a word he said. Read below: 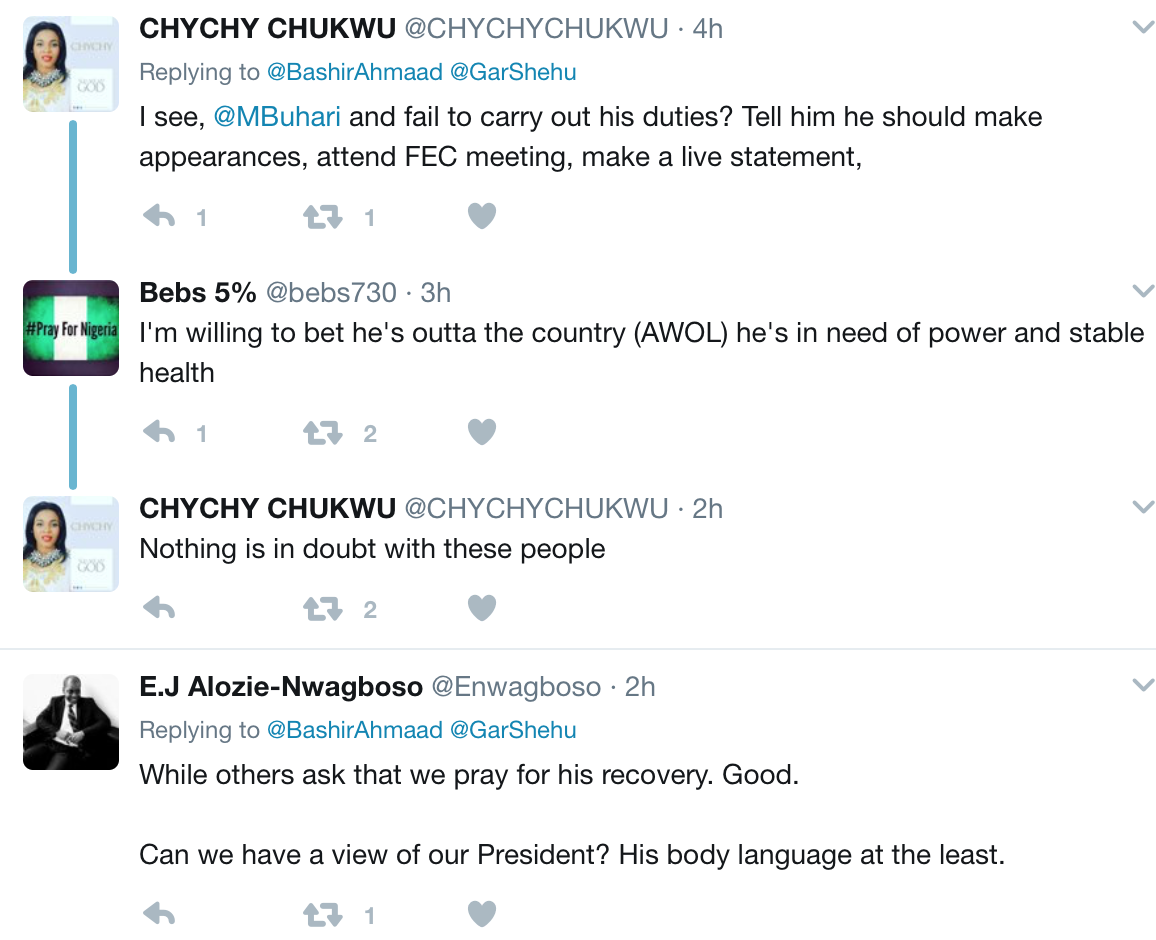 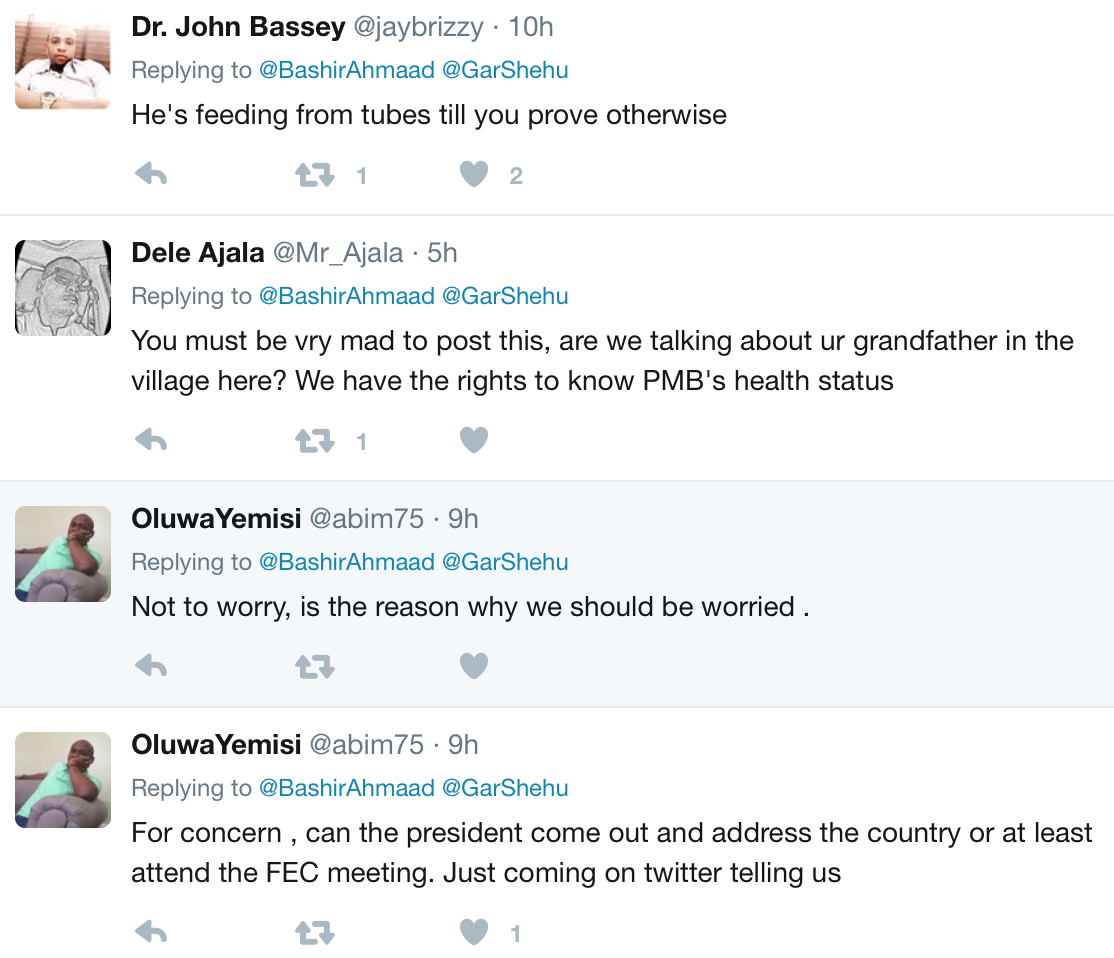 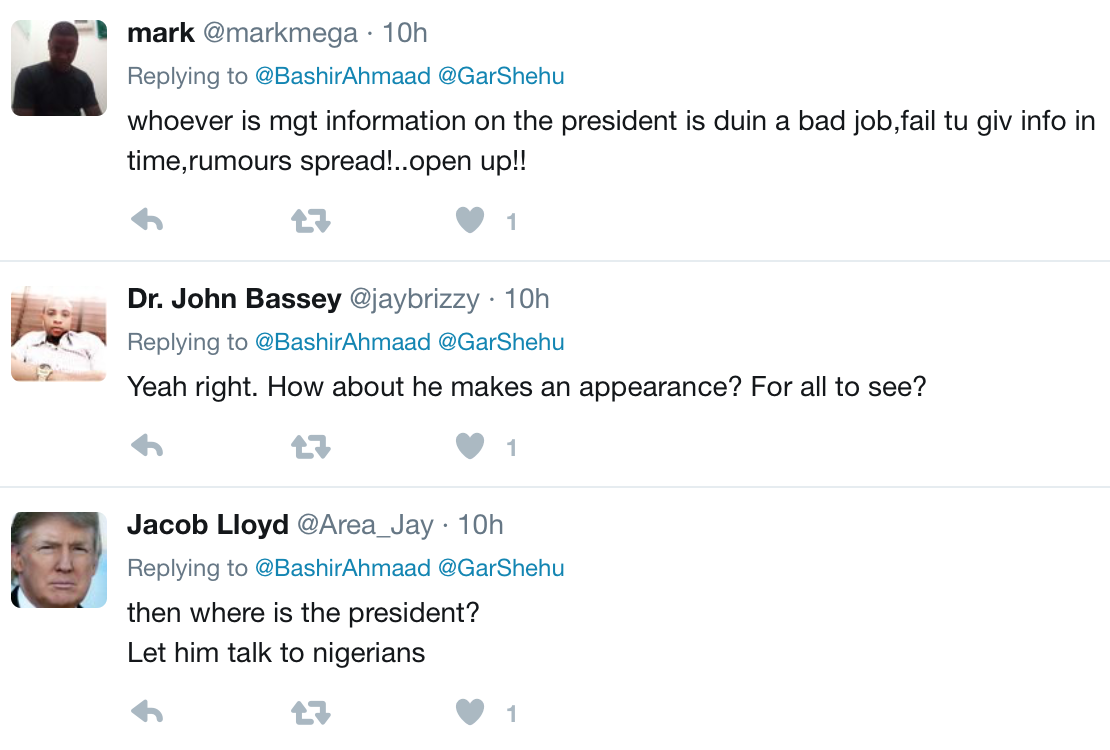