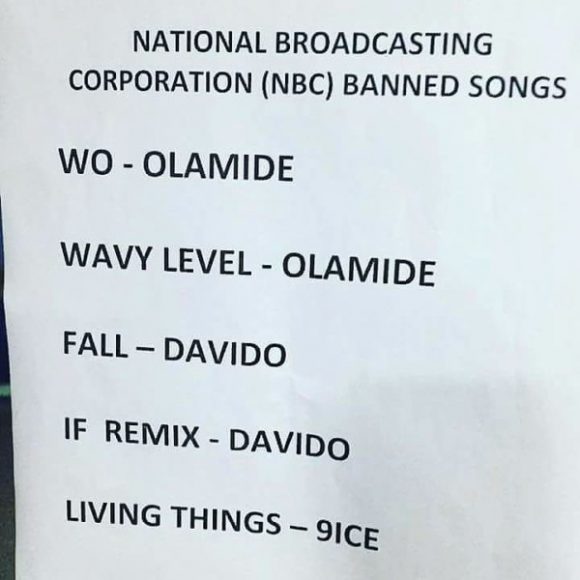 The notice has been passed around to various stations in the country, the NBC tagged five Nigerian songs as “Not to be Broadcasted”.The songs are: Olamide‘s “Wo” and “Wavy Level“; Davido‘s “Fall” and “If (Remix)“; and 9ice‘s “Living Things.”

This is not the first time some of the artistes in the list, like Davido and Olamide, would be censored for expressing themselves. In 2015, Davido almost got into trouble with the National Drug Law Enforcement Agency (NDLEA), after they filed a case against him for promoting the use of drugs in ‘Fans Mi’. The singer was investigated but later let off the hook.

Now, he is back again on the list, this time the hammer is slammed on his smash hit single, Fall.

Missing Lady Who Was Found In A Hotel With Married Man,...