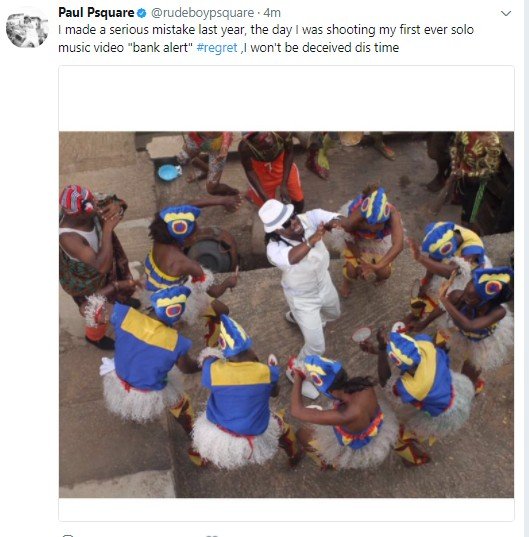 The fight between the Psquare brothers is not dying any time soon. The latest is a shot fired by Paul Okoye who claims the video to the popular Psquare song ‘Bank Alert’ was his first ever solo music video.You all know that his brother Peter aka Mr P appeared in the video and even sang some part of the song as seen in the video. But this tweet from Paul, it could be that he is telling his fans that he sang the whole song in the studio while he just allowed his brother to lip-sync some parts in the video.  What do you think?