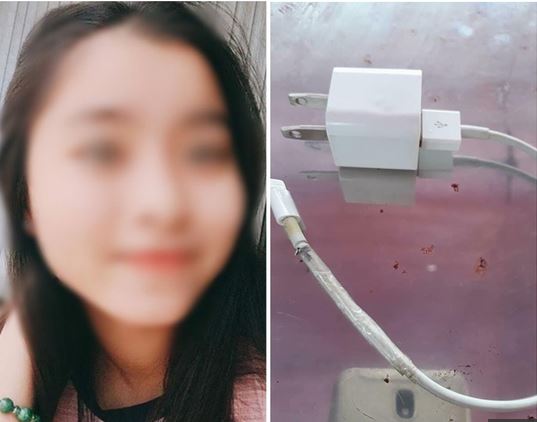 Pictured is the iPhone cable suspected of electrocuting her. It is not yet known if it was an original cable or a knockoff.

14-year-old Le Thi Xoan had gone to bed as usual on November 12 and plugged in her white iPhone 6 to charge in preparation for the next day. She had the habit of placing the phone on her bed while it was charging and that was when tragedy struck.

The schoolgirl named as Le Thi Xoan, aged 14, was found unconscious by her parents and rushed to a local hospital; however, doctors were unable to revive her and pronounced her dead. Medics also confirmed electrocution as the cause of death. According to investigators, the police believe the girl had plugged her Apple device in to charge and laid the iPhone 6 on her bed like she did every night. They said the tragedy likely struck as she slept and rolled onto the iPhone’s charging cable, which had tears in it and which electrocuted her with the current.

Always check your cables carefully before charging your phones and make sure to never charge your phone on your bed. It could prove to be fatal!
0
SHARES
ShareTweet