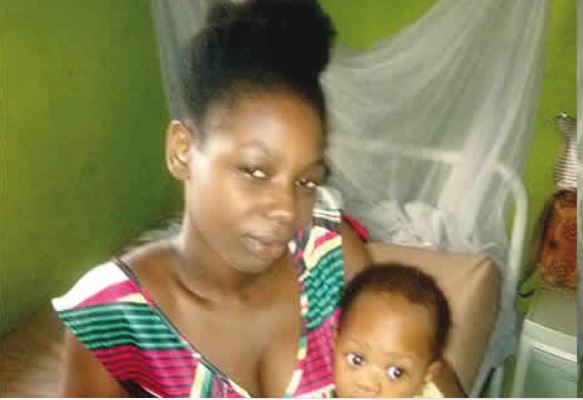 The birth of a baby for Blessing Agbo and her live-in lover, Chibugo Duru, has brought shame and disgrace. For more than four months after Agbo was delivered of a baby boy through caesarean section in a Lagos hospital, God Cures Hospital, she had yet to be discharged over a bill of N215,000.

Our correspondent gathered that the baby’s father, Duru, had already abandoned both mother and child at the medical facility in the Ilogbo, Ojo area of Lagos State. The 27-year-old man, who spoke with PUNCH Metro on the telephone on Monday, said he left Agbo and their baby because he could not raise the bill charged by the hospital for the operation.

He said he had no means of raising the funds having lost his job as a truck driver, adding that efforts to seek the understanding of the hospital management were abortive. Our correspondent gathered that although the couple had agreed to marry each other, Duru had yet to pay Agbo’s bride price. He said:

“Sometime in June, my lover went into labour while I was on a business trip in Calabar, Cross River State. I was also called that she had developed complications and had been rushed from where she had her antenatal care to the private hospital.

“The hospital called me that they needed N245,000 for an operation and I begged them to reduce the charge, but they said it was not negotiable. I asked them to go ahead and that I would look for the money when I returned.

“They did the operation and it was successful. I paid a deposit of N30,000. Shortly afterwards, I lost my job because there was nobody to assist me in taking care of my baby. I was the one running around for both mother and child and I could not go to work.

“I begged one of their doctors to be patient with me because I had lost my job, but he refused.

“I called the hospital’s managing director and asked him to involve the police in knowing my address because I would not run away with their money. He also refused.”

The Imo State indigene alleged that his siblings, who were initially visiting the baby at the hospital, stopped coming after getting threats from the hospital management over the bill. He alleged that sometime in September, he was detained by the hospital while on a visit to his girlfriend and baby.

“They locked me up and said I must produce their money. I was embarrassed. Because of that experience, anytime I want to go there, I become scared. At a point, they threatened me that they would sell my baby over the bill. None of my relatives go there again, because they have threatened them. I don’t know what to do. I never knew she would need a surgery to give birth,” he added.

However, the hospital management denied the allegations, saying it never threatened to sell the baby to raise money for the bill. The Administrative Manager of the hospital, Busayo Olorunnisola, said Agbo was admitted and delivered of the baby on compassionate grounds because no deposit was made before the surgery. She said:

“We have been looking for the father of the baby. We have been feeding the woman for the past three months. He was not in Lagos when she was brought in. He was called on the telephone that the girl needed urgent surgery and he gave his consent, promising to pay as soon as he returned.

“He didn’t return until after six days when he paid N15,000 and left. Two weeks later, he returned and promised to pay the balance.  He paid an additional N15,000.

She said the hospital had decided to forgo the N1,500 daily utility fee Agbo should have been charged for the time she spent at the hospital, adding that they were only demanding the balance of the surgery bill.

“The problem we have in this neighbourhood is that everybody thinks once you come in for treatment (at our hospital), we leave you without charges, even after undergoing surgeries, and it is something we want to stop. It’s becoming a norm. The same scenario keeps recurring and after a while, we usually let them go,” she added.

Agbo, who also spoke with PUNCH Metro, said Duru had yet to pay her bride price, which made her parents to abandon her. She said:

“We are not married yet because he has not paid my bride price. I was living with my sister when we started dating before he impregnated me. When I asked him to see my parents and pay the bride price, he promised to do it in December. I have been begging people for food at the hospital because he is also not bringing any food for me.”

The 21-year-old Benue State indigene appealed for help to get discharged from the hospital, saying Duru did not care for her.