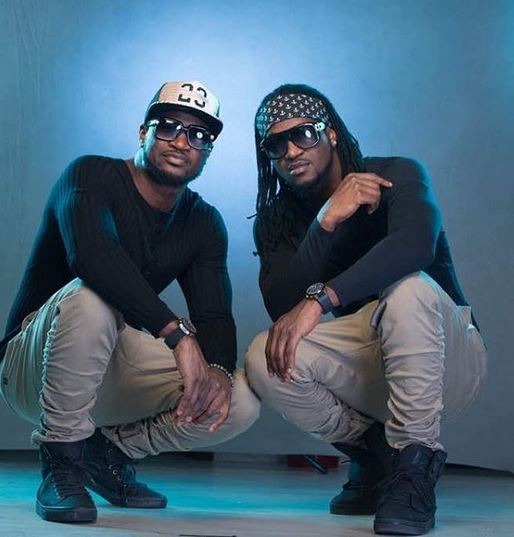 Paul stated this while performing solo during Sunday night’s Phynofest music carnival at ‘The Cathedral’, Nnamdi Azikiwe Stadium Enugu. The convener of the show and rap king, Phyno, had after performing his popular duet with Olamide ‘Fada Fada’ alone apologised for the ‘Wo’ crooner’s absence in this year’s show.

‘”But I have a surprise for you”‘, he told the disappointed crowd.

He then started his collaboration song with Psquare, ‘Financial Woman,’ at which point Paul, who now goes by the stage name Rudeboy, joined him on stage to sing the song’s chorus.

At the end, Paul in response to questions from the crowd on the whereabouts of his brother replied that Peter was in America and burst into laughter.

Paul would go on to perform a few of the group’s old songs but the crowd kept asking him about the whereabouts of his brother Peter.

At a point, he stopped the singing to reply to their questions and he blamed his brother for their break up.

Paul who spoke to the crowd in Igbo language said his brother’s desire to embark on personal talent discovery led to the brake up of the group.

“We were singing together when my brother said he wants to go and discover his talent. I had no choice. But guess what, I have my brand new song titled Fire Fire,”