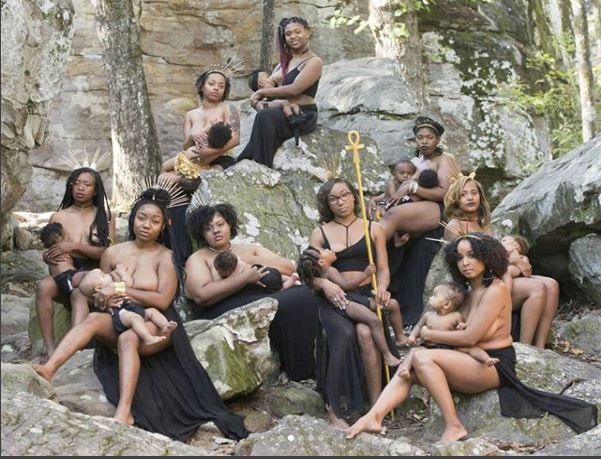 An American parenting group, Chocolate Milk Mommies, in Birmingham, Alabama, have taken part in a photoshoot, where they are all seen breastfeeding their children.

According to the group, they came together to encourage black women to proudly breastfeed their children in public, amidst negative stigma within the Black community.

The group also hope that the images will show the beauty of breastfeeding.Speaking with PEOPLE, one member of the group, Rauslyn Adams, 26, says: “It is taboo within the African American home to breastfeed your child, let alone to do it past the age of 1.”
“Breastfeeding has been seen by some African American women as reverting to ‘slavery days’ when feeding a child by breast was the only option.”In a study carried out by a Centers for Disease Control 2000 to 2008, it was reported that the lack of proper support for breastfeeding in Black communities has left Black infants with the lowest rates of breastfeeding initiation.