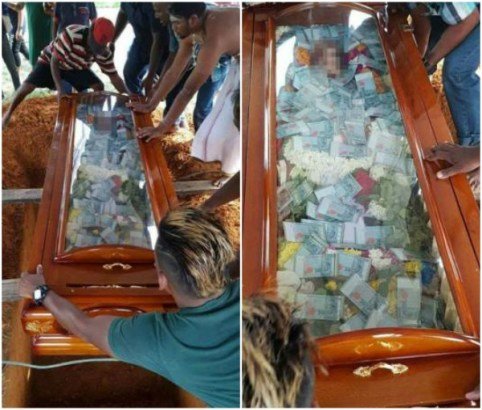 Photos from the funeral have since gone viral on social media, with stacks of RM50 notes covering the dead man’s body in the glass-topped coffin.

The funeral was held in the southern part of Selangor, near Kuala Lumpur. However, the location of the cemetery wasn’t disclosed for fear of grave theft.

This is not new, in 2017 a man buried his father with N17million to bribe God

Why We Can’t Deliver On Our Promises – Osinbajo