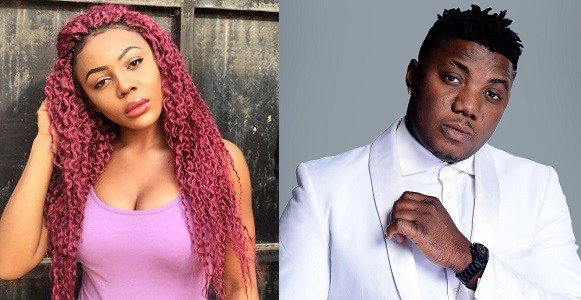 A young Nigerian writer and social commentator has written an open letter to Nigerian Rapper, CDQ and it has been published online. The writer, Mark Anthony Osuchukwu has taken to social media to share his opinion on the trending issue between Nina and CDQ.

Apart from being Nigerian and having Buhari as the president, another thing I don’t understand and hate is men who shame women by calling them demeaning names like slut,runz girl, ashewo, one night stand.

It irritates me in every possible way. After giving you sexual gratification and poo hits the fan, you call her a one night stand? Probably after telling her you will put only the tip.

I don’t blame some women who say men are scum. It is people like CDQ whose musical career is hinged on the love Nigerians have for noise that causes that assertion .
Ifu Ennada and CDQ.

One of the house mates spoke out saying that she was in love and because love is a stupid thing, she was giving this ingrate her school fee and handout money. And all she was paid back with was dumping her.

The undone-amala-looking artist opened his mouth and called her a bipolar bitch who was just a night stand.It is funny how bipolar is now a word people throw around for jabs and insult. Something as serious as bipolar becomes something a supposed public figure is using against a girl who was only 17 and was in love.She was a legal minus at the time. It can be said that CDQ was molesting a small girl. Ifu has a case in the court if she’s ready.
But the bloated elephant is on Instagram calling her names.

It is just funny how we allow mad people to be celebrities in this country.Someone that doesn’t deserve to be an idiot in a sane country is a celebrity who people stop on the road and demand for a selfie. And on the other hands, young Nigerians who are not using their brains are calling Ifu out and insulting her as usual.

Because all we do in this country is look for a girl who speaks out about her past and use her to practice the art of being “woke”.CDQ lacks common sense because when God was sharing it, he saw the queue and decided to remain stupid.He should get a life really. With his music looking like a broken home with irreconcilable differences.

Kate & Williams Reveal The Name Of Their New Royal Baby