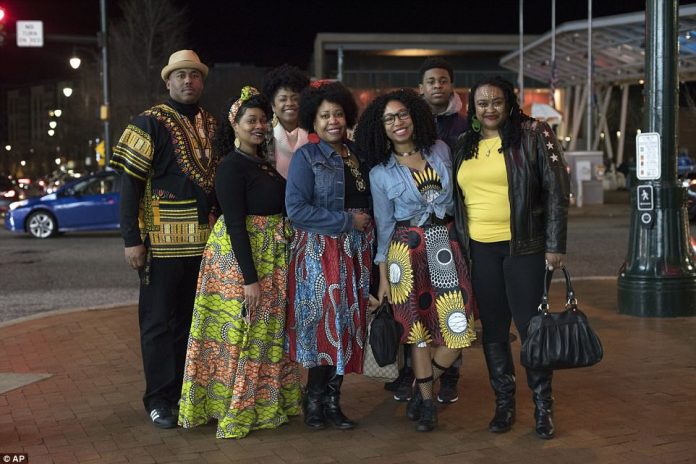 Hundreds of movie fans around the world proudly donned African dress to attend the first screenings of Black Panther on Friday.

They shared photographs of their garb on social media before and after watching the groundbreaking film. Many playfully geo-tagged their location as Wakanda, the fictional African country where the film’s action takes place. Their turnout signalled the global excitement for the film which is the first superhero film to tell the story of black heroes and protagonists.