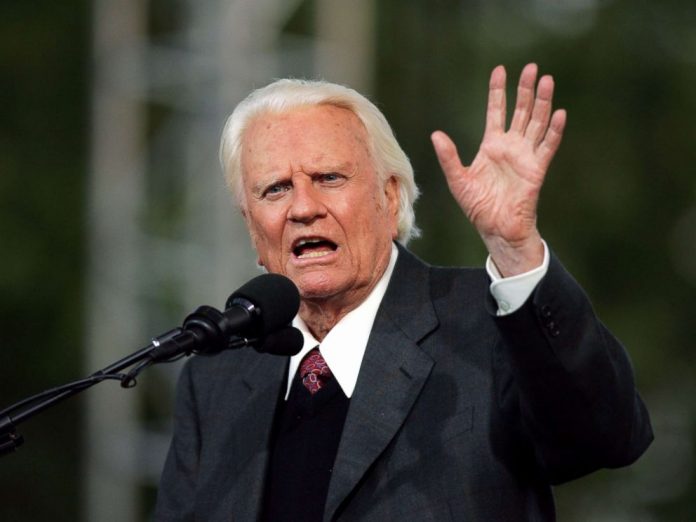 Evangelist, Billy Graham, one of the world’s famous Christian evangelists is dead. Graham died at the age of 99 in Montreat.

Prior to his death, he was a Christian evangelist whose worldwide crusades and role as adviser to decades of U.S. presidents made him one of the best known religious figures of his time.

Graham, who had been ill for a number of years, was regularly listed in polls as one of the “Ten Most Admired Men in the World.”

Graham is reported to have persuaded more than 3 million people to commit their lives to Christianity and his preaching was heard in 185 of the world’s 195 countries, according to the Billy Graham Evangelistic Association.
“He was probably the dominant religious leader of his era; no more than one or two popes, perhaps one or two other people, could come close to what he achieved,” said William Martin, a former historian at Rice University and the author of “A Prophet with Honor: The Billy Graham Story.”
0
SHARES
ShareTweet