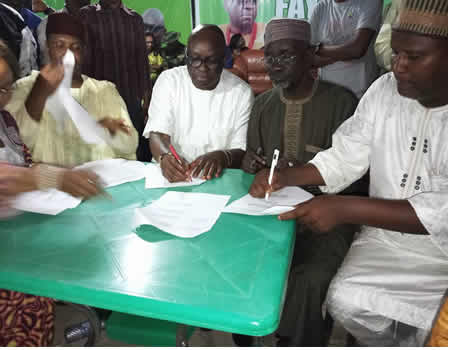 Herdsmen in Ekiti State have taken a traditional oath binding on them to assure the host communities in Ekiti and  the South West, that they would no longer behave unruly, kill or allow their cows to stray into farms.

This was as Governor Abiola Ajimobi of Oyo State ordered the arrest and prosecution of herdsmen carrying guns and other dangerous weapons across the state. The traditional oath, revealed to be an effective cultural sanction on herders as its violation, is believed to bring tragedy on the culprit, was administered by the Sarkin Fulani of Kwara State, Alhaji Ardo Mairero, at a peace meeting of all parties involved in herdsmen challenge in the state.

It was resolved at the meeting that “all herders must obey the anti-grazing and relevant laws of the land.” Besides, the meeting commended Governor Fayose for being a peaceful leader, “who represents hope for all.”

Lady Who Escaped With Just Bruises After Being Knocked Down By...