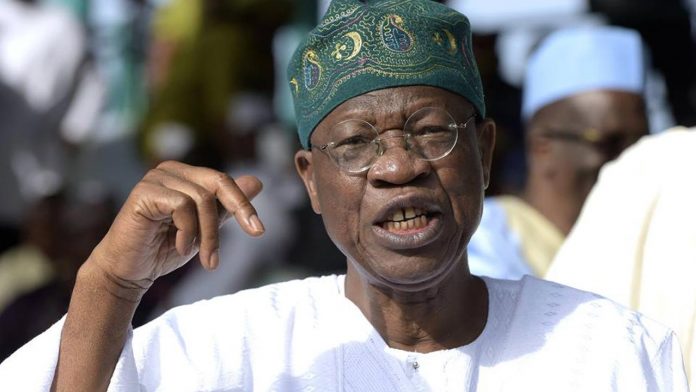 The Federal government has declared hate speech as an act of terrorism and warned that it will, henceforth, prosecute those who indulge in the practice. Minister of Information and Culture, Alhaji Lai Mohammed, said henceforth, offenders of dangerous comments would be treated in accordance with the 2011 terrorism Act.

According to a report by Guardian, the minister who spoke yesterday at the second National Conference of the Nigerian Union of Journalists (NUJ) in Kano, reminded that government directive from National Broadcasting Commission (NBC) to sanction any broadcast station who allows its air wave to be used as medium for promotion of hate speeches, is still in place.

According to Mohammed, the Federal Government has continued to promote ethical standard and the core responsibility of the Journalism profession, but an attempt to circumvent its rightful position in the society could be inimical to the national cohesion.He said the media as moulder of public view has huge responsibility of preserving national unity, public values and peaceful co-existence

As gatekeeper, the media is expected in high hope to build responsible and lead vibrant societal development devoid of dangerous and hate speeches. The Federal Government will continue to promote and uphold ethical standard.”

Besides, a member representing Gumel, Gagarawa Megatiri federal constituency at the House of Representatives, Mohammad Sani Soro advocated legislative intervention on social media to check the devastating act of hate speeches on the platform.

NUJ President Abdulwaheed Odusile cautioned members while exercising their powers on desks to be mindful of national interest.“ As journalists and editors, we have the responsibility to keep out all manners of hate speeches and filter any traces inimical to our peaceful coexistence as a nation. ‘’

I watched her die after stabbing her – Man confesses to...