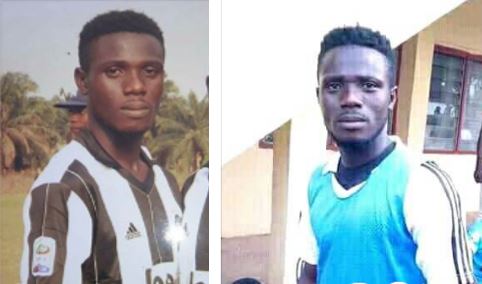 Tributes are currently pouring in on social media for a promising young Nigerian man, Chidubem Ezeagu, who was reportedly lured by a friend and gruesomely murdered and buried in a shallow grave.

The lifeless and already decaying body of the Nigerian footballer from Umuelele, Irete, Owerri West LGA in Imo State was discovered on Friday 23rd of February 2018 by search party after he went missing last Sunday.

Chidubem reportedly got a call while he was about to eat and left immediately, that was the last he was seen, all efforts to reach him or know his whereabouts proved futile, a search party was created, comprising most of the community’s youths and after some days, his body was found not far away from the community, he had been gruesomely murdered and buried.

His friends and most Imo celebrities took to their various social media pages to mourn him.