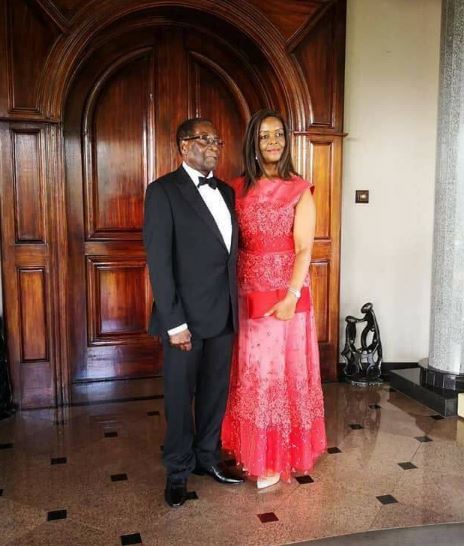 These are new pictures of former Zimbabwe president Robert Mugabe and his family three months after he was forced to step down in the wake of a military takeover. The 94-year-old ex leader appeared in high spirits as he posed with his lovely wife Grace and other family members.

This is coming after Mugabe alleged that his wife is being harassed and cries daily, according to reports. Mugabe told the African Union’s Moussa Faki Mahamat during a courtesy call he made to the Mugabes’ Harare mansion this week that he doesn’t feel safe.

“They told you I was safe, but how can I be in this environment?,” Mugabe reportedly told Faki, who is chairperson of the AU commission.My wife is crying daily. They are persecuting her… What am I without my wife and family? We are not safe,” the Zimbabwe Independent quoted Mugabe as saying, citing “detailed notes” supplied by officials who attended the meeting.

Mugabe said his wife was being harassed over her PhD from the University of Zimbabwe.

Man Kills An Entire Family Of Chimpanzees In Delta State