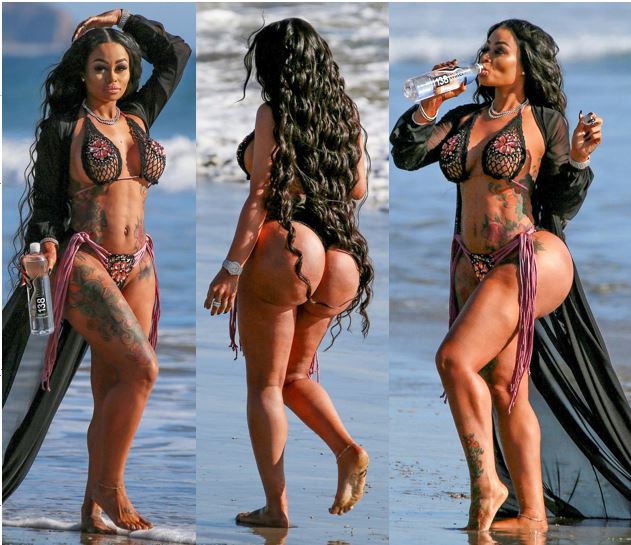 A few days after she confirmed her romance with rapper YBN Almighty Jay, 18, earlier this month after they were spotted holding hands in Studio City. And days later, Blac Chyna poured her curves into a tiny string bikini for a photo shoot by the beach in Malibu.

The 29-year-old showed off her derriere as well as her cleavage in the revealing mesh two-piece.She posed with a large bottle of 138 Water for the afternoon photo shoot, which took place on Saturday.

Boko Haram Terrorists Dispatched To The Great Beyond After Encounter With...