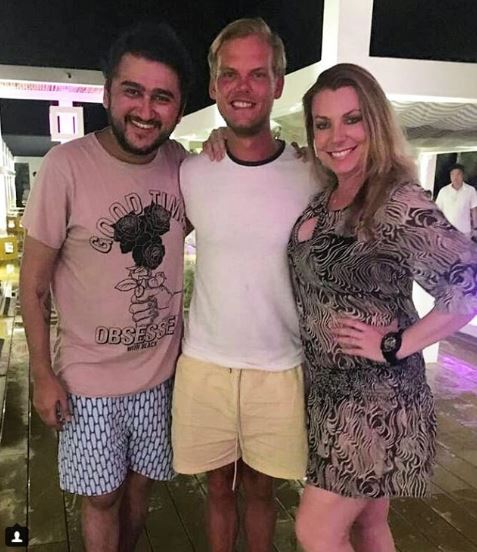 Pictures have emerged of the Wake Me Up DJ smiling with fans at the Muscat Hills hotel he was in, just days before his death. And a fellow DJ revealed the late star was there with friends, while visiting the country for the first time.

One of the fans in question has since shared a tribute to the 28-year-old, alongside a smiling snap of the pair together. ‘RIP @avicii , can’t believe I got to meet you in Muscat just 6 days ago, far too young to go,’ she wrote. Reps confirmed Avicii, real name Tim Bergling, died on Friday, 20 April, in Oman.

It has not yet been announced how he died. Calvin Harris and Liam Payne shared heartbroken tributes to the DJ on social media, with Rita Ora later following suit. His death comes just days after he was nominated for a Billboard Music Award for best dance/electronic album for Avicii, which he released last August. The last post he shared on Twitter revealed his happiness at being nominated for the gong.

Avicii had publicly detailed his battle with acute pancreatitis in the past – and he had his appendix and gallbladder removed back in 2014.

He was admitted to hospital in America and was told he had a gall bladder problem and ruptured appendix. Tweeting about the operation at the time, he said: ‘It’s a routine procedure and all going well, I expect to be fully recovered and back on my feet in time for my US True Tour.’ However, in 2016 he confirmed his retirement from going touring, confessing he has ‘too little left for the life of a real person behind the artist’.