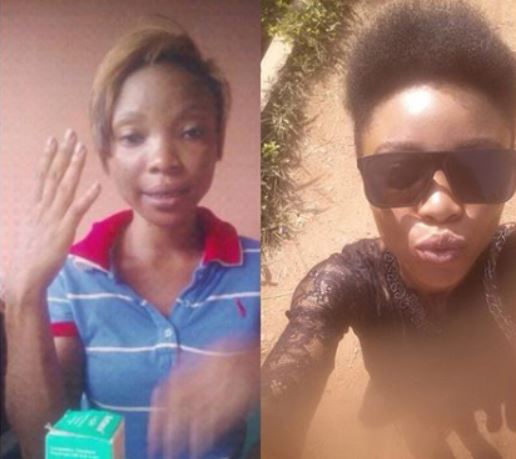 The student at the centre of a sex-for-mark scandal rocking the Obafemi Awolowo University, Ile-Ife, Monica Osagie, has denied shunning an invitation by the panel probing her audio tape of her conversation with disgraced Professor Richard Akindele, who demanded sex for marks.

She made the denial via proxy, and said she was awaiting an invitation by the panel, the Saturday Sun newspaper reported.

Her proxy, Abiola Akiyode-Afolabi, Founder, Women Advocates Research and Documentation Centre, a non-profit organisation, said that the university did not at any point invite Miss Osagie to face the panel.

She challenged the university to bring evidence that she was formally invited by any means to appear before the panel. “Before the matter went viral, the university was aware of it and they did not do anything.

If the case did not go viral, the university probably would have not done anything and it would have been swept under the carpet. I think that we should focus more on whether the act of that professor amounts to sexual harassment, whether it was a breach of the school’s code of conduct, whether it was a breach of terms of contract for lecturers or whether he abused the relationship that should exist between lecturers and students.”

Afolabi stated that the university should be responsible and responsive in addressing issues of sexual harassment because Miss Osagie is ready to come out whenever the university extends a proper invitation to her, adding that it appears the school wants to protect its reputation at the expense of the young lady.

Akiyode-Afolabi further noted that even though Miss Osagie made the recording to serve as evidence against her lecturer, “she didn’t release the audio. She got the evidence and it was given to one or two people when she was seeking for help. So definitely one of them released the audio, and she cannot be blamed for it.”

See The Aso Rock Woman Assassinated In Her Apartment