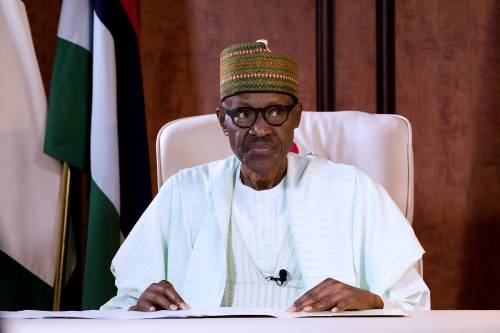 The Peoples Democratic Party said that President Muhammadu Buhari’s attendance of the Commonwealth Heads of Government Meeting in United Kingdom last week, was a colossal waste.

The main opposition party alleged that Nigerians were not surprised that the President returned to Nigeria on Sunday night, empty handed and with no tangible dividend.

It said this was as a result of his alleged negative comments about Nigerians and his presentation of false performance indices to his hosts.

The National Publicity Secretary of the party, Mr. Kola Ologbondiyan, who stated this in a statement in Abuja on Sunday, added that while other commonwealth heads of state used the occasion to negotiate businesses and showcase the potential and opportunities in their countries, President Buhari only succeeded in de-marketing his country and painting the citizens, particularly the youths, in the negative.

Ologbondiyan said, “Nigerians may recall that during his meeting with the British Prime Minister, Theresa May, President Buhari, in the quest to hide the failures of his administration and push his 2019 re-election bid, Mr. President downplayed the worsening economic and security situation in the country under his watch, but opted for self praise and brandishing unsubstantiated record of performance.

“This self-serving stance ultimately blocked all beneficial bilateral engagements that could have helped secure the much needed international interventions in those critical areas.

“Two days after, President Buhari again took the stage at the Commonwealth Business Forum in London and announced to international investors that Nigerian youths, a demography that forms the bulk of our nation’s workforce, are uneducated and lovers of freebies.

“We were therefore not surprised that no serious investor sealed any meaningful investment deal with Nigeria as dividend from the CHOGM.

But the  Senior Special Assistant to the President on Media and Publicity, Garba Shehu, in an interview with one of our correspondents on Sunday said contrary to the opposition party’s claim, Buhari returned with bags of goodies that included agreements in oil and gas as well as support for the country’s ongoing anti-terrorism war.

The presidential aide wondered if the PDP was expecting the President to return to the country with sex and financial scandals as was obtainable when the party was in charge of the country.