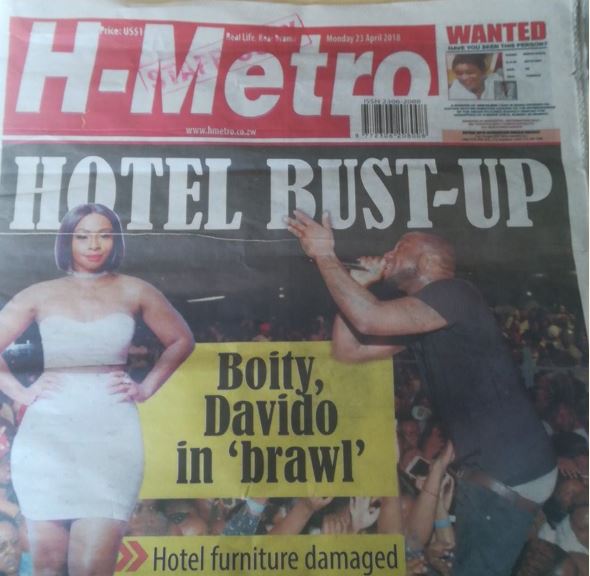 Davido is in fresh scandal again, its not about Chioma or any baby-mama. The singer has just been accused of fighting a woman during his concert in Zimbabwe yesterday.

The singer and father shared a video from the concert which he performed in Zimbabwe and angry twitters users have been tearing him apart. Even Zimbabwe’s top Newspaper H-metro carried the news, But the singer is yet to react to the news. See some posts below!