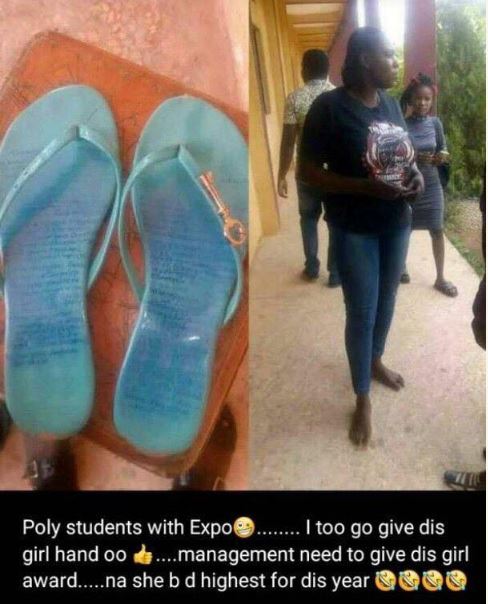 A female student was reportedly nabbed after she was spotted engaging in examination malpractice in an ‘improvised’ way. The lady who is reported to be a student of Auchi Polytechnic in Edo state, was caught after she was seen copying from the ‘expo’/answers she wrote on a pair of Flip-flops/slippers she wore to the exam.

According to reports, after being caught, the student was penalized and also had her footwear seized

Phone Thief Tattoos Names Of Different Ladies He Has Slept With