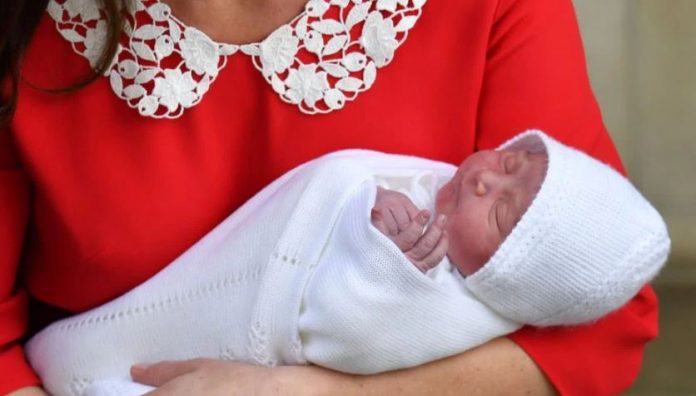 This is the first picture of the UK’s newest prince who was born this morning at the Lindo Wing at St Mary’s Hospital in Paddington. As he got into the car, Prince William said: ‘We’re very happy but thrice worried now.’

The royal infant, wrapped up against the cool Spring weather, nestled in the arms of his mother as the couple posed for pictures. Kate looked in good health after giving birth this morning to her as yet un-named prince, who is fifth in line to the throne. The couple then re-emerged from the hospital with the prince in a baby seat. William placed him in the rear of the car with Kate and then drove them away under police escort to Kensington Palace.