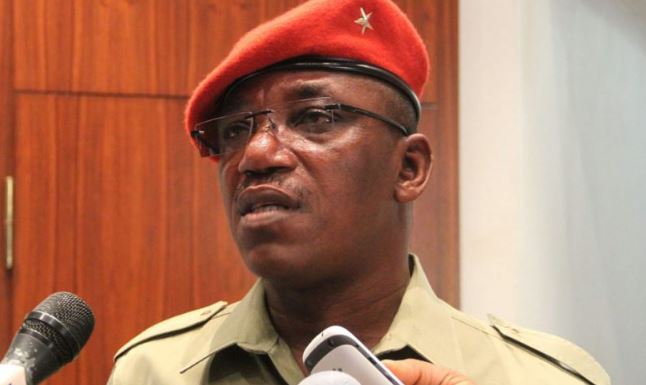 Minister of Sports, Solomon Dalung has said if the President, Muhammad Buhari loses the 2019 election, we will accept the outcome of the election and escort the President to Daura.

Speaking at a BBC Hausa programme Dalung who was speaking on the state of the nation, insisted that the President is still the best candidate for the 2019 presidential election.

However, when he was asked whether the President will win the next presidential election, he said, ‘I not God. Only God can decide that.

According to him, those who are opposing the president were not sincere as they were only opposing the President because he has refused to yield to their selfish demands.

“They are after sharing the national cake and because he refused, he (Baba )has failed.

Dalong debunked the insinuation that the President was shielding those in government, noting that, he was always asking the wailers to provide proofs on alleged offences.

“Like the case of the former Secretary to the Government of the Federation, Babachir, he told the allegators to provide proofs and when at the end of the day he was found wanting, he was shown the way out.

The Minister also noted that within the time frame the President has tackled the security challenges bedevilling the country, saying, the pockets of attacks and killings in some states should not be a yardstick to said the president has failed.

“As all over the world people are being killed Nigeria is not an exception. Every country has its own peculiar challenges, he declared.