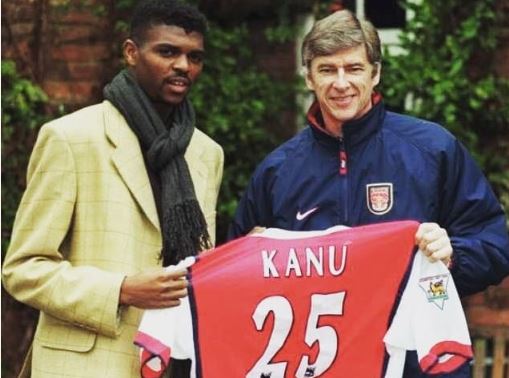 Retired Nigerian footballer who played as a forward has shared his thoughts on Arsene Wenger’s resignation. He wrote:Big shoes for anyone to fill, playing for Arsenal under Arsene was one of the best period of my career, 2 premiership, 2 FA cups, The invincibles, playing with some of the best assembled players, influencing millions of fans in West Africa to support this great club are some of the memories that come to fore today but above all the privilege to have played for a gentleman like Wenger is most cherished. � � � �
#arsenalfc #AFC #Arsenewenger #coyg @arsenal