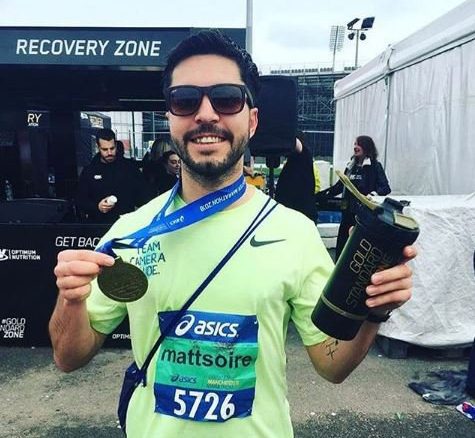 A Masterchef contestant has died after collapsing during the London Marathon. Matt Campbell, 29, collapsed at the 22.5-mile mark during yesterday’s race while running alongside his co-chef from the show Tom Peters.

He was a professional chef from the Lake District and was running for the Brathay Trust in memory of his father, Martin, who died 18 months ago. Matt started running marathons in 2016 and yesterday’s run was his fourth marathon.

Writing about his father on his fundraising page he said: ‘The past year & a half have been the toughest of my life but his spirit and energy live on in me.’

He added: ‘He was the most inspirational man in my life and was the one who said – “Go on, why don’t you give it a go? I know you can do it!” and entered me into my first marathon; Brathay 2016 along with my brother, Josh. ‘It was maybe the proudest day of my life standing at the finish line having achieved something I never imagined possible with my Dad & my Brother by my side.’

Karen Igho Blasted By Fans For Not Showing The Face Of...