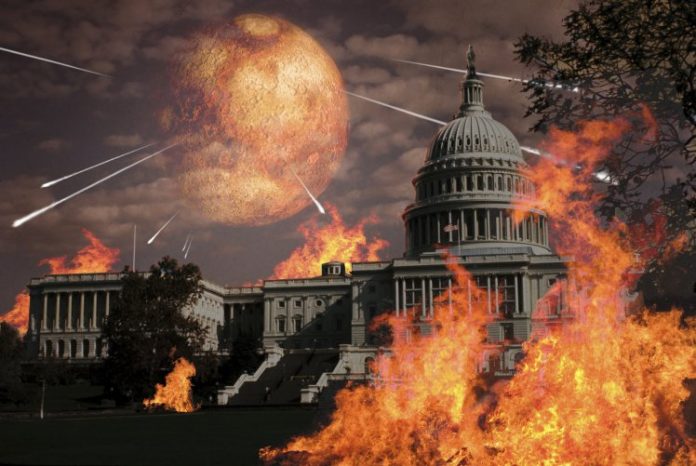 Christian numerologist David Meade predicted that the ‘rapture’ when Jesus Christ comes back to save the faithful and bin the rest of us would begin today. But even Meade – who has written 14 books about the end of the world, and repeatedly predicted apocalypses which didn’t happen – has now dialled back on his doomsday prediction. It’s now time to set our watches for him to predict a new date later in the year, as he has done on several occasions before, including after his book Planet X: The 2017 Arrival. But Meade has described reports that the world will end on Monday 23 April as ‘fake news’, according to the Guardian.

Meade says that ‘The Rapture’ – when Jesus returns to save the faithful – will in fact begin between May and December. After that, there’ll be seven years of ‘tribulation’ followed by 1,000 years of peace and prosperity – THEN the world will end. He said, ‘So the world isn’t ending anytime soon – in our lifetimes, anyway.’

Woman arrested in Anambra for beating a 3-year-old child to death...