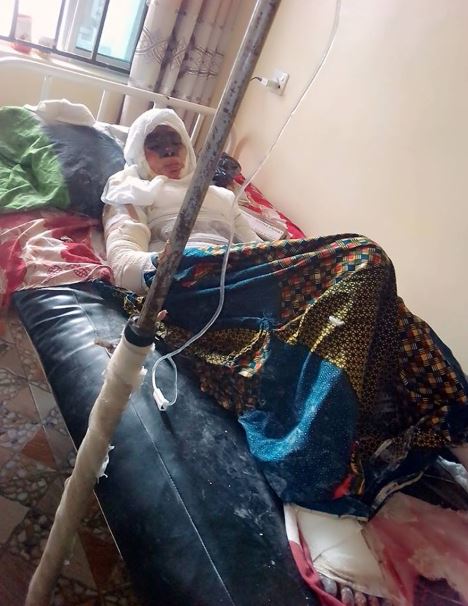 A day which was meant to be one of the happiest days of a man’s life – turned out to be one of the worse moments after a mishap occurred on the way to his traditional wedding in Umuahia, Abia state. According to Ezemoro John Ifeaghochukwu, fire broke out after an accident which killed his mother, one other and injured many others in the process.

According to the heartbroken man, his family’s name has been dragged to the mud and his elder brother accused of using the victims for ritual purposes.

Many things have been said, my families name dragged into mug.

My elder brother (SAMMYSOLO)has been accused of using those victims for rituals.

Pls friends and wellwishers,pray for me and my family to overcome this unthinkable evil.

Photo: How Many Will Be Able To Withdraw Money If Atms...