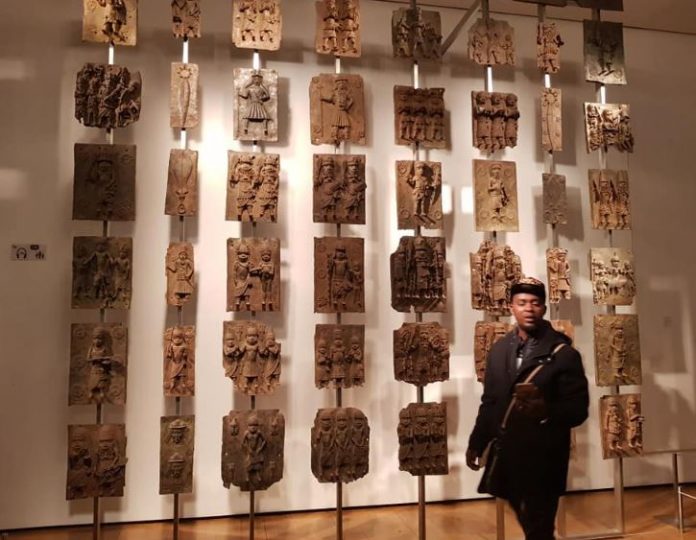 A Nigerian man who recently visited the British Museum said he came across the Benin Kingdom artifacts which were allegedly stolen since the 1980’s and asked that it be returned. The entrepreneur and philanthropist, Ambassador Dion Osagie from Edo state revealed that his visit to the museum on the quest of recovering the items was worth more than anything to him.  The British museum boasts the second largest collection of art from the Benin kingdom after the Ethnological Museum in Berlin.

It has been reported that the British Museum will host a summit along with other European museums to discuss the return of bronze artifacts looted in 1897 from the kingdom of Benin, now southern Nigeria. It will conduct negotiations with Nigeria and Benin about returning the items which are expected to go on permanent display in Benin City.

In the late 19th century, Britain sought to wipe out the kingdom of Benin in what became known as the “punitive expedition.” When Oba Ovonramwen, then ruler of Benin, imposed customs duties on goods leaving the territory, Britain sent 1,200 soldiers to destroy the kingdom as a form of reparations for the colonial power.

The city was set on fire and hundreds of trinkets, bronze sculptures, and valuables were stolen and later handed to the British government. Through trade and art dealership, these artifacts have mostly ended up in Germany and the United States.

Tonto Dikeh Reveals She Spent N5m On Her New Butt