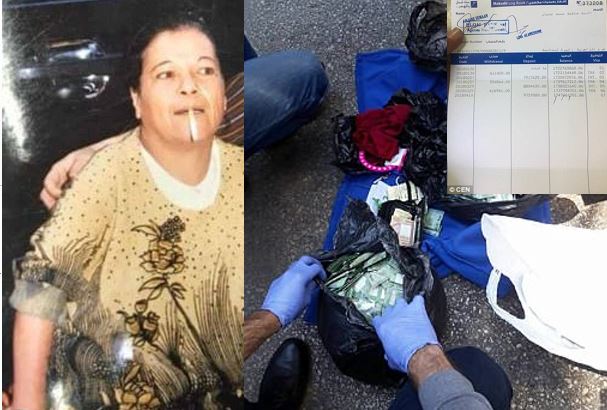 A disabled beggar who lived on handouts in Lebanon died a millionaire. Police were shocked to discover that Fatima Othman, 52, had accumulated a small fortune while begging on the streets in the capital Beirut.Officers discovered her body in an abandoned car in the city’s Barbir district and two bags containing five million LBP ($3,300) in cash. And the frugal beggar had also stashed away 1.7 billion LBP ($1.1 million) in a savings account – which was uncovered after police found her deposit book for a local bank.

Police spokesman Joseph Musallem said Ms Othman died from a heart attack and her death was not being treated as suspicious. But he said it was ‘a big surprise’ to discover that she had amassed such a fortune. Ms Othman was unable to use her hands and feet after suffering devastating injuries during the Lebanese Civil War, locals report.

She became a local celebrity after a picture of her being fed water by a Lebanese soldier went viral online. The soldier was praised by his commander for showing ‘compassion and humanity’. Police tracked down Ms Othman’s family to the town of Ain Al-Zahab in Akkar, northern Lebanon, and they have now buried her body. They were equally dumbstruck when they discovered how wealthy she was.