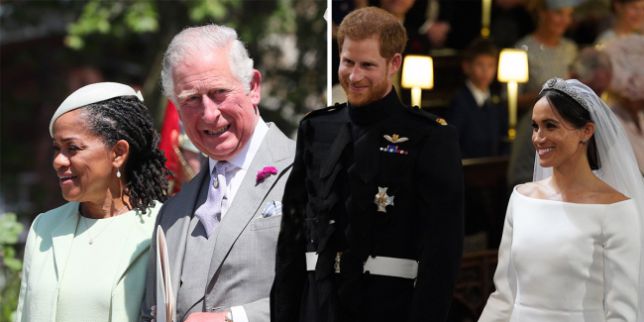 Meghan Markle thanked her new father-in-law, Prince Charles for welcoming her into the Royal Family during an unprecedented royal wedding speech.

The bride, who will know be known as the Duchess of Sussex, took to the microphone after the extravagant private dinner hosted by Prince Charles at Frogmore House, to express her gratitude to Prince Charles. Meghan thanked him and the Royal Family for welcoming both her and her mother, Doria Ragland, into the ‘Firm’, a source said. They added: ‘She has been so touched by how welcoming the Prince of Wales has been. So is her mother.

‘Honestly, they are touched beyond belief. It was important to her to make a point of thanking him publicly, although, of course, he knows privately how she feels.’ Another source spoke of the ‘special connection’ the father-in-law and daughter-in-law have. They said: ‘It is often said that he always wanted a daughter and I think he has been really moved by how well they have got on. There is definitely a special connection there. ‘Meghan’s mother means more to her than anything, so it was lovely to see the way he was so welcoming to Doria too.’