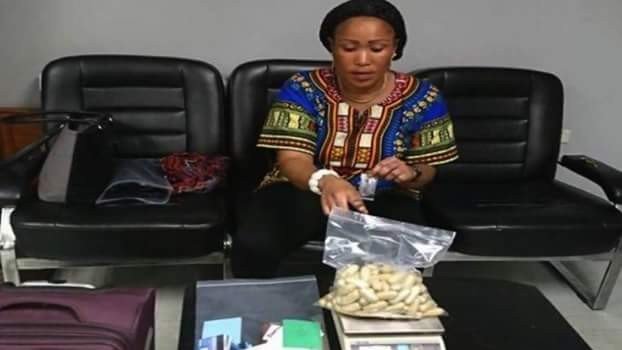 An African woman identified as Doobay Mimengaloso was arrested at Suvarnabhumi airport in Bangkok, Thailand on Sunday, after an X-ray found pellets of heroin inside her stomach.

Alert officials noticed suspicious behavior of the Zambian lady in transit to China at gate D3 on the second floor at Suvarnabhumi. A search of Mimengaloso’s bag revealed nothing but an X-Ray revealed she had swallowed 88 pellets of a substance.

When she had finished on the toilet it was shown to be 1.16 kilos of heroin worth a million baht in Thailand but several times more in China. The Thai authorities were sure that Thailand was just a transit point for the Zambian woman who had an onward ticket to Beijing.

She had come to Thailand from her home country via Kenya. She has been handed over to the drug authorities for prosecution.