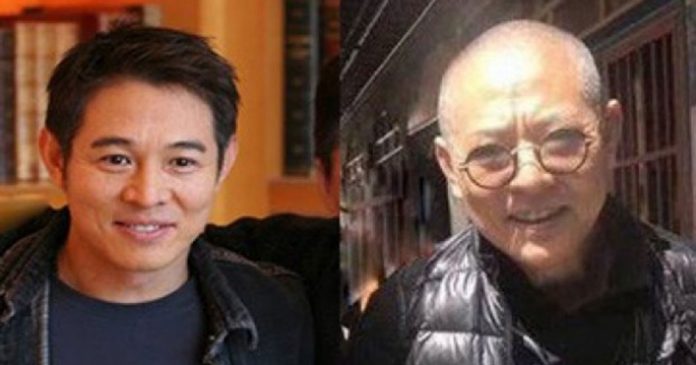 A photo allegedly of martial artist Jet Li has alarmed fans and raised questions about the 55-year-old action star’s health. Long known for his youthful looks and acrobatic moves, in recent years Li has battled hyperthyroidism, a condition that can cause fatigue and weight loss and that has previously ignited rumors of Li’s declining health.

The South China Morning Post reported Saturday that fans were “praying for his health” after the emergence of the photo, which the SCMP said was taken at a temple in Tibet and has been widely shared. Others have speculated that the man they believe is Li looks older because of bad lighting or the angle. On Monday Li’s manager, Steven Chasman, said that it was just a bad photo of someone who is 55 years old.

“He has hyperthyroidism that he’s been dealing with for almost 10 years. It’s nothing life-threatening and he’s dealing with it,” Chasman told the Washington Post, adding that he has spoken with Li’s assistant.

Diagnosed with an overactive thyroid in 2010, Li has previously spoken about his condition, saying in 2013 that he was uncertain if he could continue working but was determined to, according to the Associated Press.

“I’m in pain, but I’m not suffering. I’m happy,” he said, adding that he took medication.

Li, perhaps cognizant of the larger-than-life image he has cultivated through his many movie roles, said that in fighting the illness he was “just a regular guy.”

The SCMP reported he has also spoken about leg and spinal problems from decades of stunts and injuries from his films.Last year, the Beijing-born actor said during a dinner for his charity, One Foundation, that his illness kept returning

According to the National Institute of Diabetes and Digestive and Kidney Diseases, hyperthyroidism occurs when:

The thyroid gland makes more thyroid hormones than your body needs. The thyroid is a small, butterfly-shaped gland in the front of your neck. Thyroid hormones control the way the body uses energy, so they affect nearly every organ in your body, even the way your heart beats. If left untreated, hyperthyroidism can cause serious problems with the heart, bones, muscles, menstrual cycle, and fertility.

About one out of 100 people in the United States have hyperthyroidism, the agency says.

Yomi Fabiyi is a disgrace and a complete idiot – Toke...