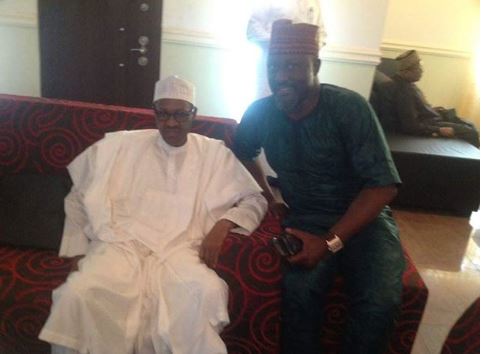 Social media followers of embattled senator representing Kogi West at the National Assembly, Dino Melaye, have asked him to confirm whether or not he is still a member of the ruling All Progressives Congress.

This was sequel to what appears to be a nostalgic photograph of Senator Dino Melaye sitting on a side table beside the incumbent President Muhammadu Buhari, who was settled on a settee. There were other people in the background.

The senator had posted the photograph on his Instagram page.

He did not state the date that the photograph was taken. However, he had entitled the post, “Before before.”

The post is currently generating mixed reactions from his social media followers.