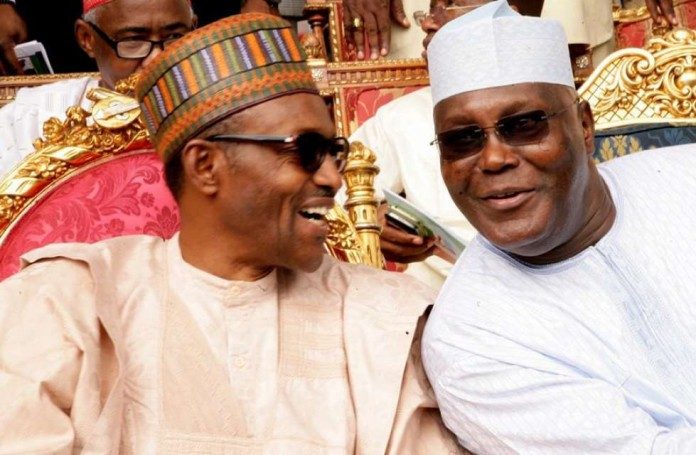 The Coalition of Northern Groups on Monday in Kaduna asked President Muhammadu Buhari and former Vice-President Atiku Abubakar, who are above 70 years,  not to contest the presidency of the country  in 2019.

The group said such leaders were responsible for where the country found itself, adding that the country should be led by young  Nigerians that could take it to the Promised Land.

The CNG’s position was contained in a communiqué it issued shortly after the end of a two-day summit which  was held at the Arewa House, Kaduna on Monday.

The coalition gave the Ndigbo a notice to leave the North last year . It however withdrew the notice to quit  months later.

However, while fielding questions from journalists, a leader of the group and the National President of the AYCF, Alhaji Shettima Yerima, said it was the belief of the coalition, that though it was the right of Buhari and Atiku to contest, it was left for Nigerians to decide their fate.

Yerima said on behalf of the CNG, “We advise him (Buhari) that we still have people within our generation who have integrity who are very competent and also have capacity to lead. We are advising him not to contest but if he chooses to go ahead to contest, Nigerians will go ahead to decide.  This is our own opinion and advice to somebody whom we feel is a father to us. Anybody above 70 years should not contest.”

When asked whether the advice had been extended to Atiku , he said, “ it extends to anybody above that age (70).”

But the Presidency has challenged the Coalition of Northern Groups to cite the section of the nation’s constitution that stipulates that those above 70 years cannot contest the presidential seat.

The Senior Special Assistant to the President on Media and Publicity, Garba Shehu, gave the challenge in an interview with one of  our correspondents in reaction to the northern coalition’s call that Buhari and Atiku, who are above 70 years, should not contest the presidency of the country in 2019.

He said the country was being governed by law, hence nobody’s constitutional right could be abridged for no just cause.

The presidential spokesman said, “Let them tell us the section of the constitution that stops those above 70 years from contesting. As you know, the country is governed by law and the President has not breached any law by showing interest in the race.

“If they want to contest, they are free to come out and do so. The President is not stopping anybody from contesting against him.”

Attempts to get a reaction from former Vice-President Atiku Abubakar were unsuccessful.

Calls to the mobile telephone number of his Media Adviser, Paul Ibe, indicated that it was switched off. A response to a text message sent to him on the subject was being awaited as of the time (8:45 pm) of filing this report.

A communiqué read on behalf of the CNG by its spokesman, Alhaji Abdul-Azeez Suleiman, said the summit basically centered on restructuring of the country as being clamoured by some Nigerians.

The coalition said it opted for a holistic “restructuring” of the country.