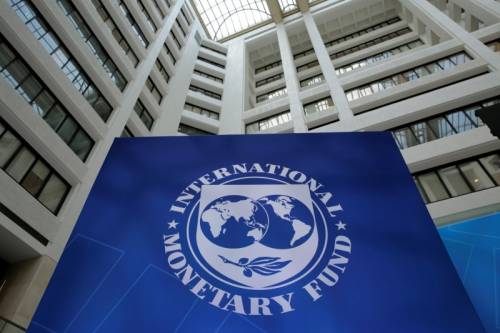 The International Monetary Fund (IMF) on Monday expressed concern over Nigeria’s capacity to repay its debts and stressed the need for the Federal Government to mobilise more revenues domestically.

The Washington-based fund, at the public presentation of the Spring 2018 Issue of the Regional Economic Outlook for Sub-Saharan Africa, said the public debt in the region was on the rise.

IMF Senior Resident Representative and Mission Chief for Nigeria, Amine Mati, said, “The number of countries in debt distress has increased. From six countries in 2014 to eight in 2015, to 10 in 2016, and today 15 countries. These are low-income economies.

“Now, I know the question that is going to come from here is: Where is Nigeria? Nigeria is not considered a low-income economy. Nigeria’s debt stock figure, which is 20 to 23 per cent of Gross Domestic Product, is still quite low by any standard. The issue is capacity to repay the debts. So, interest payment to revenue is an issue.”

On the need to ramp up domestic revenue mobilisation, Mati put Nigeria’s total revenue at six per cent of GDP.

“There is a lot that can be done to increase revenue very quickly,” he said.

Noting that Value Added Tax rate had been quite low in Nigeria, he said doubling the compliance on VAT from 25 to 50 per cent would increase the VAT ratio from 0.9 per cent of GDP to close to two per cent.

The Director-General, DMO, Patience Oniha, in her remarks at the event, said the government had been working aggressively to shore up revenues as well as reduce borrowing costs.

Buhari And His Wife Aisha Cast Their Votes In Daura, Katsina....