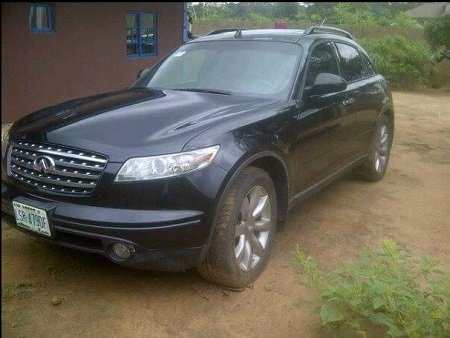 0
SHARES
ShareTweet
A Nigerian man is regretting his life after giving ‘lift’ to two men who turned out to be notorious armed robbers.  According to Clement Nebolisa Amaku who shared the sad story on social media, the robbers snatched the car from the man on Sunday night after he tried to help them.
The sad incident happened along Agu-Ukwu Nri Enugwu-Ukwu road in Anambra state. A complaint has been lodged at a police station to that effect.
Lamenting, Clement Nebolisa Amaku wrote: “The vehicle below with plate-number “LSR 479 DF” was snatched at GUN-POINT last night at about 8:00pm by two men along Agu-Ukwu Nri~~ Enugwu-Ukwu road. The owner was lifting the very guys who claimed to be heading to Onitsha and needed to connect Enugwu-Ukwu and take a bus.
An entry to that effect had been made at the Abagana Police Division.

PLEASE in case anyone sees or have knowledge of where to find this very vehicle. Report to the nearest police station or the afore-named Police Division.
08103388677
09068953819.”
0
SHARES
ShareTweet