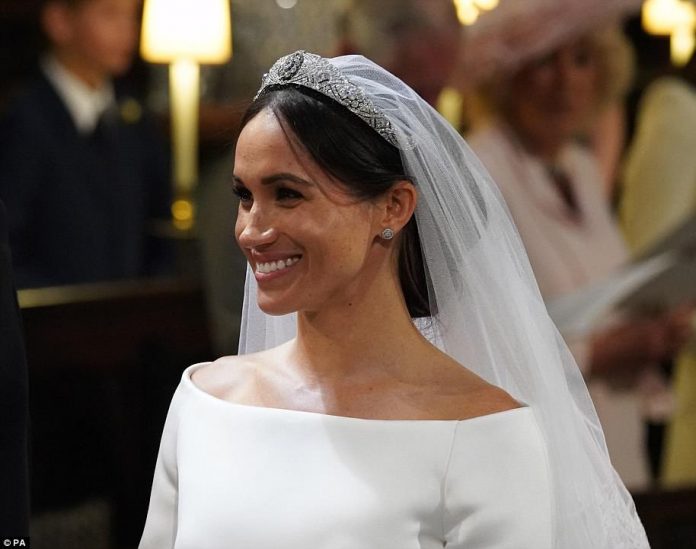 Nigerians have risen in defence of the Duchess of Sussex, Meghan Markle, who has recently married the Duke of Sussex, Prince Harry after a Nigerian called her a second hand woman.

Harry and Meghan were joined together as husband and wife on Saturday.

While the new bride’s status as a divorcee was neither hidden from her prince husband nor from the public, some people were of the opinion that the British prince should not have married a woman who is a divorcee.

Trouble started on the social media when Mr. Adeola Samuel Opeyemi said it was not dignifying “for any crowned prince to choose a divorcee as his first wife in life,” referring to Meghan Markle as “second hand” wife.

At the peak of the unsparing attack that greeted Opeyemi’s contentious post, he deleted it. However, he would not allow the matter to rest, as he trolled Facebook posts that condemned his initial post.

One Mallam Alee Ameen took up Mr. Opeyemi, writing, “The highest form of derogation is referring to a woman as ‘second hand.’

“Not only does it expose ignorance, but it also reinforces the fact that old age doesn’t automatically confer common sense on one.”

Mr. Opeyemi was unperturbed, as he reiterates his view on Alee Ameen’s Facebook wall, writing in response: “Yesterday, I made a post as to royalty not well dignify for any crowned prince to chose a divorcee as his first wife in life, which I literarily refer to as ‘second hand’ wife… (sic)

“… Our women don’t like facing reality and been (sic: being) told the truth in plain term.

“I made my post base (sic) on conviction not how you feel or think. You can only fault me if my saying is not true; but if you expect me to colour it for you so that you can feel good and continue to love me, count me out.”

Nigerians would have none of it, they reacted: