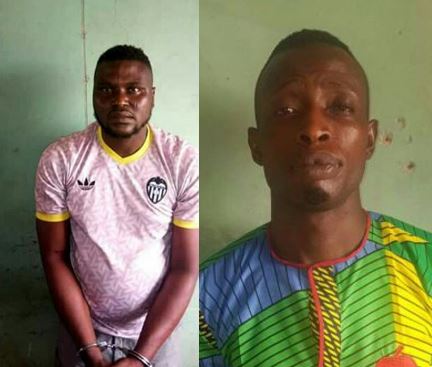 The Nigeria Police Force said on Monday that it had arrested two gang leaders who had earlier been declared wanted in connection with the April 2, 2018, multiple bank robberies in Offa, Kwara State.

It added that the arrest had brought to 22 the number of suspects in police custody.

The two suspects were identified as Kunle Ogunleye, aka Arrow (35), a native of Oro town in Kwara State; and Micheal Adikwu, a dismissed police corporal and convict.

The Force Police Public  Relations Officer, Moshood Jimoh, said in a statement in Abuja that the two leaders of the robberies were arrested two weeks ago, adding that they had confessed to their roles in the heist and would soon be arraigned in court.

He said, “Following the publication of the pictures of the participants of the Offa bank robberies in the media, we have been getting several credible leads from members of the public and as a result, members of the Intelligence Response Team deployed by the IGP in Kwara, Ondo, Osun, Oyo and Ekiti states were able to arrest two more gang leaders of the bank robberies.”

The FPRO urged the public to volunteer more information about other suspects at large, assuring that the safety of informants was guaranteed.

“Protection of the informant will be guaranteed by the police and handsome rewards, in addition to the pledge of N5m by the Kwara State Government, awaits anyone whose information leads to the arrest of these wanted suspects,” Jimoh said.