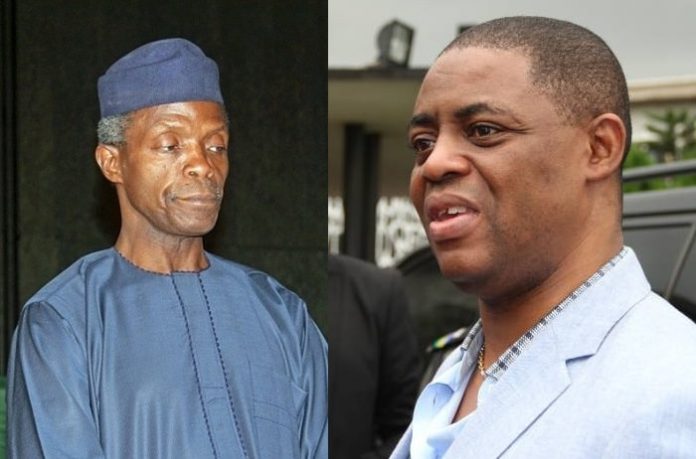 Earlier, Vice President Yemi Osinbajo told a gathering in Benue that he did not beg to become Vice President and that he can resign at short notice. He said this while reacting to claims that even as a pastor, he has been silent in the face of the numerous attacks on Christians and churches in some parts of the country.

””I didn’t ask to be VP. I can leave at anytime”- @ProfOsinbajo

‘In the name of Jesus resign and let another, who is prepared to defend the honor of the Church and protect Christians from mass murder, ethnic cleansing and genocide take your place. Christians are not cowards!”FFK wrote